Harry Kane and Son Heung-min have set a new single-season Premier League record after combining for a 14th goal in 2020-21 against Crystal Palace. 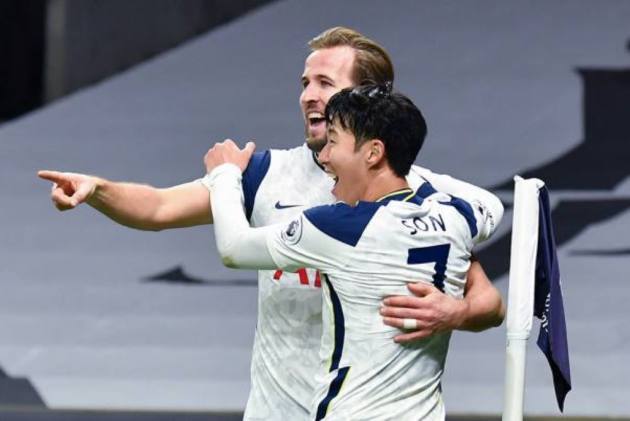 Harry Kane and Son Heung-min have set a new single-season Premier League record after combining for a 14th goal in 2020-21 against Crystal Palace. (More Football News)

Tottenham's star duo have enjoyed an outstanding campaign, with Kane scoring 16 and assisting 13, while Son has netted 13 and laid on nine.

Four of Kane's goal involvements came in a 4-1 win at home to Palace on Sunday, creating the first two for Gareth Bale before netting twice himself.

The final goal of the match saw Son cross for his strike partner, whose simple header ensured the duo surpassed the 13 goals Blackburn Rovers forwards Alan Shearer and Chris Sutton combined for in a 1994-95 title-winning campaign.

Further down the list, Bournemouth's Callum Wilson and Ryan Fraser – both now at Newcastle United – linked up 12 times in 2018-19, while Les Ferdinand and Kevin Gallen at QPR and Shearer and Mike Newell at Blackburn each had 11 combinations in a campaign.

Kane and Son have created for one another 34 times across all Premier League seasons, closing on the all-time record of 36 held by former Chelsea team-mates Frank Lampard and Didier Drogba.

@HKane and Heung-Min Son have now combined for more goals in a single season than any other duo in @premierleague history!
#THFC #COYS pic.twitter.com/WmyA7i8W6i

Meanwhile, Kane became the first Tottenham player to score twice or more and assist twice or more in the same game since Jurgen Klinsmann against Wimbledon in May 1998.

His second strike also brought up 100 Spurs goals in all competitions this term, a mark only previously reached by Bayern Munich (now 106 goals) across Europe's 'top five' leagues.