The committee took the decision with the concurrence of amicus curiae P.S. Narasimha who was appointed to assist BCCI in the case following the withdrawal of senior advocate Gopal Subramanium from the position. 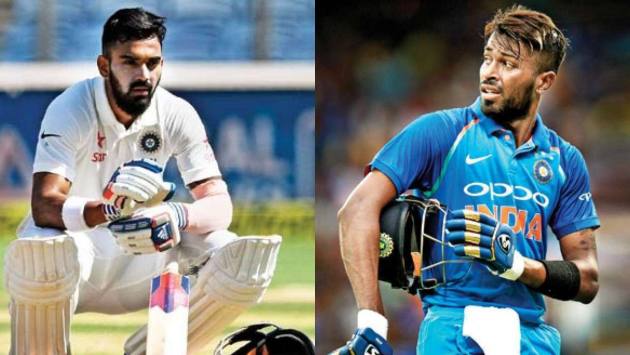 Hardik Pandya will join the team India squad for the series against New Zealand while KL Rahul will be included in India A squad that is playing five one-day games against England Lions in Thiruvananthapuram, the Board of Control for Cricket in India (BCCI) said.

According to the release issued by the BCCI on Thursday, the decision was taken following the Committee of Administrators' (CoA) decision to lift the bans on Hardik Pandya and KL Rahul by the Senior selection committee.

The release said that Hardik Pandya will be sent to New Zealand to join the team at the earliest and KL Rahul will join India A squad to play the last 3 one-day games against England Lions.

Earlier on Thursday, the Supreme Court-appointed Committee of Administrators (CoA) on lifted the suspension of cricketers Hardik Pandya and KL Rahul with immediate effect.

In a statement, the CoA said that the arbitration of all allegations of misconduct against any cricketer is required to be undertaken by the Board of Control for Cricket in India (BCCI) ombudsman but since the appointment of an ombudsman is pending, they decided to "presently lift" the suspension of Pandya and Rahul.

"Since the adjudication of all allegations of misconduct against any cricketer registered with, inter alia, the BCCI is required to be undertaken by the BCCI Ombudsman, whose appointment is pending directions of the Honâ€™ble Supreme Court of India, the CoA is the of the view that the interim suspension orders dated 11.01.2019 should be presently lifted with immediate effect," the statement read.

The committee took the decision with the concurrence of amicus curiae P.S. Narasimha who was appointed to assist BCCI in the case following the withdrawal of senior advocate Gopal Subramanium from the position.

Rahul and Pandya were handed over an indefinite suspension from cricket following their misogynistic remarks at a celebrity chat show 'Koffee with Karan.'

Pandya, who shared the couch with Rahul on the show, faced backlash for what netizens termed 'sexist' and 'disrespectful' remarks on women. On the show, he bragged about not asking the names of women at parties and how he watched them move on the dance floor.

The all-rounder on January 9 took to social media and apologised for the incident stating he "may have got a bit carried away with the nature of the show".