New Zealand captain Kane Williamson was known for his sharp one-liners throughout 2019 Cricket World Cup. Eoin Morgan was quick to highlight the cultural diversity in the England squad. 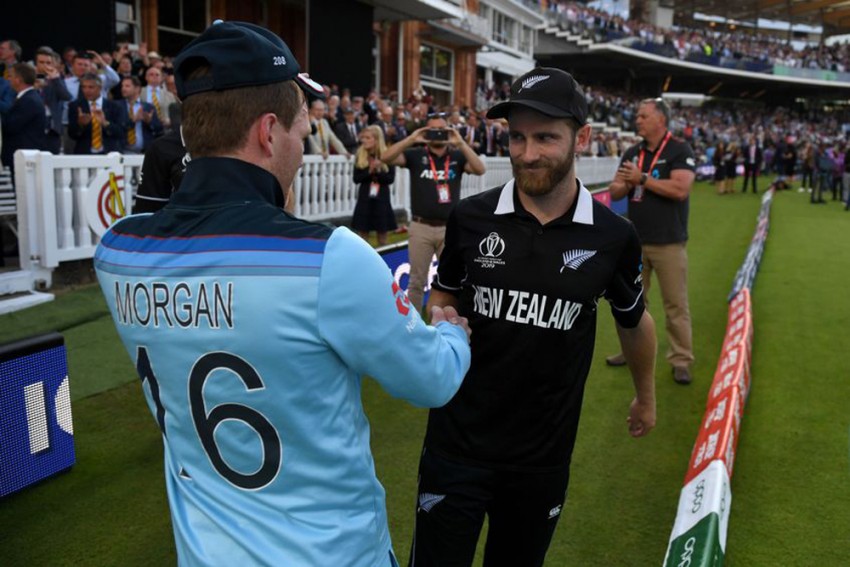 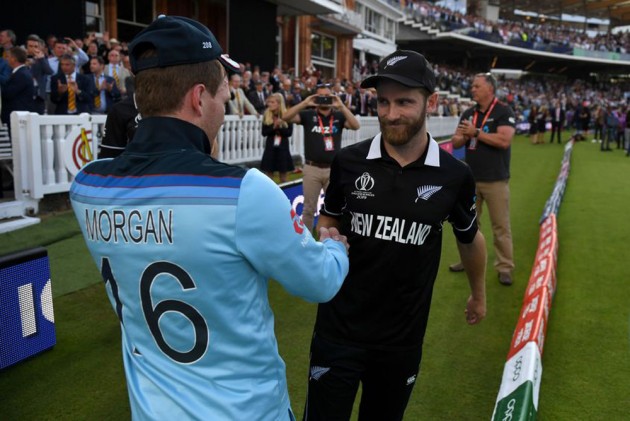 The ICC Men’s Cricket World Cup 2019 captured the imagination and the key players were never shy to share their perspective on the drama as it unfolded. Whether it was Kane Williamson’s one-liners, Chris Gayle’s braggadocio or Eoin Morgan’s touching tributes, everyone that mattered had their say on the tournament’s twists and turns.

Here’s a look back at some of the memorable quotes from an unforgettable Cricket World Cup.

“I remember in 2007 we went to New Zealand for an U19 Test match. Kane played a back foot shot off one of our fast bowlers, who was quick, and I remember standing in slips and telling guys, 'I have never seen anyone play a shot like that.' He was special.”

Just because he’s Virat Kohli, don’t think the India captain doesn’t swoon over a Kane Williamson cut as much as the rest of us.

“Imran is hands down our best celebrator ever and that inspires kids, you know?”

Imran Tahir has played his final ODI for South Africa but according to captain Faf Du Plessis, his legacy will live on.

"From the first match, I had a feeling that something good would happen.”

Shakib Al Hasan always had an inkling the 2019 Cricket World Cup would be one of his best, but 606 runs and 11 wickets exceeded even his wildest dreams.

“Jofra’s got a pretty good bumper and a few stitches is nothing to worry about.”

Alex Carey was surprisingly chipper hours after being pinned by a Jofra Archer bouncer in their World Cup semi-final.

“They're young cricketers. When they have a poor performance, they read everything you guys say. Sometimes I tell them not to because it kills them. They read everything. They need your guys' support. In order for Pakistan to improve, we're all in it together, guys.”

Mickey Arthur launched an impassioned plea for patience as Pakistan’s young players forge their path on the world stage.

“Whatever dog we are, it’s just important that we focus on the cricket that we want to play. We have seen over the years that anybody can beat anybody, regardless of breed of dog.”

Kane Williamson pawsed for thought ahead of the Cricket World Cup final.

“The thing I’ll miss most about Chris? Probably the sunglasses.”

"I'm definitely up there with the greats, without a doubt.”

Chris Gayle gives an honest assessment of his international career as he bowed out of the World Cup aged 39.

It’s fair to say Sri Lanka’s Angelo Mathews was a tad rusty when he ran up to bowl to Nicholas Pooran.  He took the West Indian star’s wicket.

“It brings people together and gives hope to the people. We have peace in Afghanistan now and cricket is a huge part of that.”

Gulbadin Naib gave voice to the power of cricket in his native Afghanistan as they embarked on a second Cricket World Cup campaign.

“It probably would have been a regular catch if I was in the right place!”

“He's pretty determined not to get it out there, so if you guys could write 'FLOAT', that'd be great.”

No stranger to an unwanted moniker, Australia’s Nathan Lyon enjoyed best mate Mitchell Starc’s squirms at the label of the Fastest Left-Armer Of All Time.

“It was a pleasant surprise. I’m sure the guys felt her presence in the stands and she came down to the dressing room to meet quite a few of the players which was really refreshing. It can’t be easy for a celebrity.”

“Jasprit learned everything quickly – be it the slower ball, in-swinger or out-swinger. He has that confidence and that’s why he is number one now. I hope in the next year he improves on how to analyse a game. Then, nobody can beat him. Trust me on that.”

“I spoke to Adil and he said, ‘Allah was definitely with us’. I said we had the run of the green. Our team is one with quite diverse backgrounds, cultures and people growing up in different countries. It epitomises us.”

Last word to Eoin Morgan, who encapsulated just why England were taken to the nation’s hearts.