After Manchester United scored their 2,000th English Premier League goal, we take a look at some of their best strikes featuring legends of the game like Eric Cantona, Wayne Rooney, Christiano Ronaldo, etc 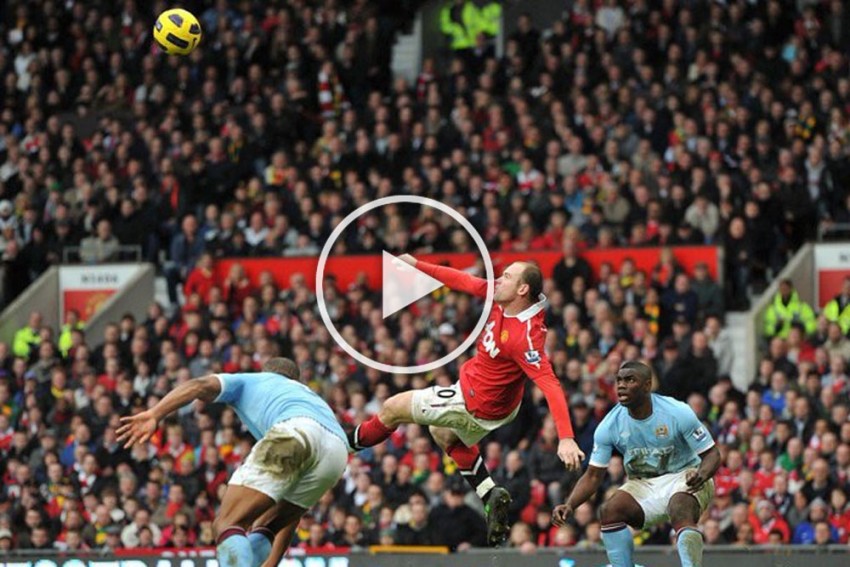 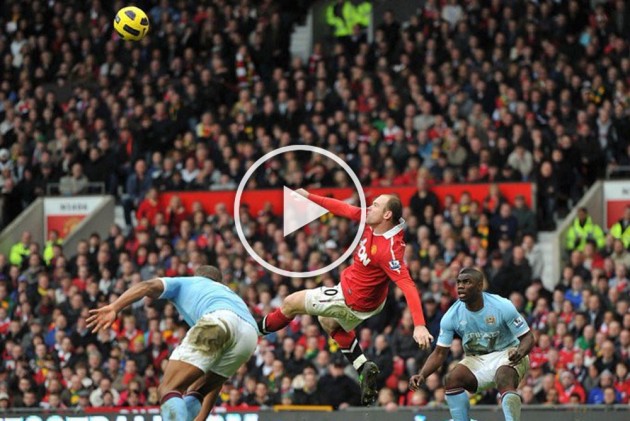 Scott McTominay had the honour of scoring Manchester United's 2000th English Premier League goal as the Red Devils defeated Norwich City on Sunday and became the first team in the competition's history to hit the milestone. (More Football News)

A look back through the Old Trafford archives offers a striking masterclass from some of the greatest marksmen to have graced English football, with the likes of Mark Hughes, Andy Cole, Dwight Yorke and Ruud van Nistelrooy having plundered goals for the club.

Every United fan has their own favourite goal from the English Premier League era, with unforgettable hits lighting up each of the 13 title triumphs achieved under Sir Alex Ferguson.

We've picked out eight of the very best, all of which came during the Ferguson era - a time when goals were easier to come by than they have been of late for Ole Gunnar Solskjaer's side.

It was the opening day of the 1996-97 season and Ferguson gave the number 10 shirt to the 21-year-old midfielder David Beckham.

A REMINDER:#OnThisDay 1996
David Beckham vs Wimbledon

Sir Alex; ‘He tried it before he scored and I said to my assistant Brian Kidd, "If he tries that again, he's off."

'When the goal goes in, Kiddo turns to me and says, "We'll have to take him off!"'https://t.co/4TVFbVJLEC

United were already 2-0 up and heading for a straightforward victory at Selhurst Park when Beckham received the ball from Brian McClair and, from just inside his own half, launched it audaciously into the air, over the head of Dons goalkeeper Neil Sullivan and into the net.

It was one of the most memorable goals in Premier League history and one Beckham himself names as the pick of his career.

Four months after Beckham's famous lob, United were 4-0 up against Sunderland at Old Trafford when Eric Cantona - in what was to be his final season at the club - collected the ball just inside the Black Cats' half.

The enigmatic Frenchman drove forward in possession, exchanged passes with Brian McClair, and then produced an exquisite chip over the stranded Lionel Perez that clipped the inside of the post on the way in.

He then turned, flipped his collar, and spawned a celebration that would be imitated by United fans everywhere for years to come.

Paul Scholes has spoken about the understanding he shared with Beckham during their days at United, and that intuition paid off in spades at Valley Parade in 1999-2000.

Beckham sent a corner straight to the edge of the Bradford City penalty area where Scholes was waiting with his hammer of a right foot, which arrowed a volley into the Bradford net with scorching ferocity.

Paul Scholes.
Away at Bradford.

Given his reputation as a penalty-area predator, it is understandable that Fulham's defenders might not have taken the threat of Van Nistelrooy running towards them from just inside his own half too seriously.

9: Ruud Van Nistelrooy vs Fulham, 2003. An incredible solo effort by the Dutchman. pic.twitter.com/YAtMglqsEQ

The Netherlands international had the last laugh, though, waltzing past a host of flat-footed Cottagers before tucking the ball past Maik Taylor with his customary composure.

This entire list could feasibly be made up of the gifted midfielder's goals, given his penchant for strikes sent from the heavens.

ON THIS DAY, In 2006: Paul Scholes scored this amazing volley vs Aston Villa ðÂÂÂÂÂÂÂÂÂÂÂÂÂÂÂÂÂÂ #MUFC pic.twitter.com/iLzLwLoON7

One of his best was undoubtedly against Aston Villa in December 2006 when he met a cleared corner with a volley that crashed in off the underside of Gabor Kiraly's crossbar.

He can often be wayward from dead balls but when Cristiano Ronaldo gets it right, it is usually a thing of beauty.

Cristiano Ronaldo’s freekick vs Portsmouth will never get old. No matter how many times you watch this, it will still make you think how outrageous this goal is. Stunner. ðÂÂÂÂÂÂÂÂÂÂ¥ pic.twitter.com/yB9JtTFvpq

And a bonus, against the same opponents in 2006.

His free-kick against Portsmouth in 2008 was a case in point, the Portuguese superstar crashing a free-kick past David James with the kind of speed and accuracy that most players can only dream of.

United's all-time leading scorer with 253 goals, Wayne Rooney did not score many as important - or indeed as special - as his overhead kick against Manchester City in February 2011. Combine the two and it is clear to see why this acrobatic volley is regarded as one of the most iconic in Premier League history.

Rooney reacted to a slight deflection off Pablo Zabaleta on Nani's cross by checking his run and sending his shot flying past Joe Hart.

The moment of magic arrived 12 minutes from time at Old Trafford after David Silva's deflected equaliser cancelled out Nani's opener, giving United a 2-1 win and putting their title assault back on track.

Brought to Manchester United by Alex Ferguson in August 2012 with the sole aim of wrestling the title back from Manchester City, Robin van Persie did exactly that with 26 Premier League goals in his maiden campaign at Old Trafford.

The Dutchman's flying volley against Aston Villa in April 2013 was the pick of the bunch, with the strike helping to seal his side's 20th league title with four matches to spare in a 3-0 victory.

United were a goal to the good when Van Persie, watching strike partner Rooney's searching ball all the way, smashed an unstoppable left-footed volley past Brad Guzan.

Van Persie scored all three goals at Villa Park that day, but only one of those strikes - one worthy of sealing any title - truly stands the test of time.