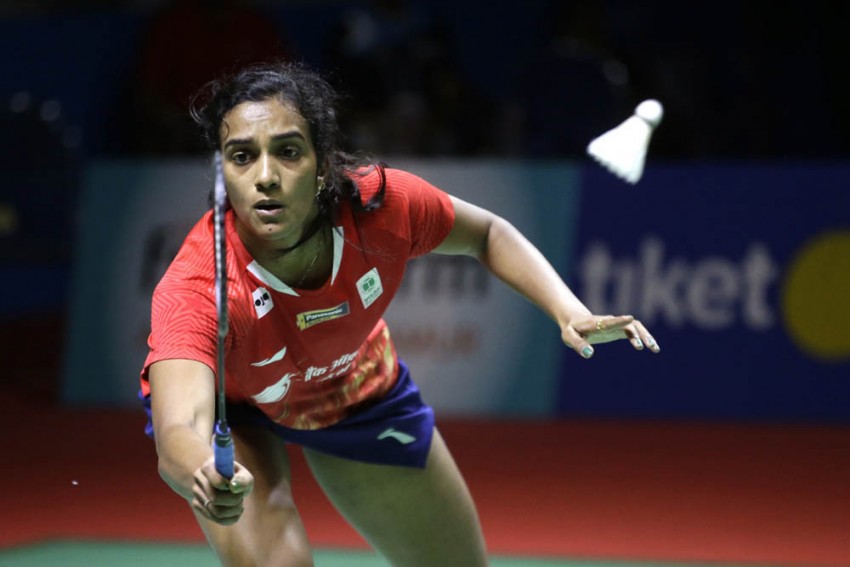 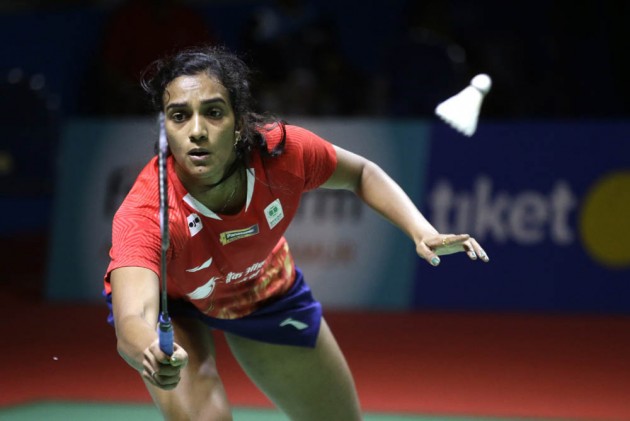 The world No. 11 pair will next face Denmark's Kim Astrup and Anders Skaarup Rasmussen.

World champion Sindhu, who made early exits in the last three tournaments at China, Korea and Denmark, beat Singapore's Yeo Jia Min 21-10 21-13 in 34 minutes to snap her recent run of early exits and enter the quarterfinals.

The world No. 6 Indian is expected to meet world No. 1 Tai Tzu Ying of Chinese Taipei next.

The eighth-seeded London Olympics bronze medallist Saina, who had won the Indonesia Masters early in the year before going through a rough patch, dispatched Denmark's Line Højmark Kjaersfeldt 21-10 21-11 in 27 minutes to make it to the last eight.

The reigning Commonwealth Games champion, who had lost in the first round in last three successive events, will next take on Korea's An Se Young, who had last week knocked out India's P V Sindhu in the opening round of Denmark Open.

Saina had defeated Hong Kong's Cheung Ngan Yi 23-21 21-17 in the opening round on Wednesday night.

Sindhu looked determined in her women's singles match as she came out all guns blazing, racing to a 6-0 lead before entering the break with a 11-4 cushion.

After the interval, it was a one-way traffic as Sindhu sealed the opening game when her opponent found the net.

In the second game, Sindhu continued to dominate the proceedings as she ran up a 7-0 lead. Yeo soon narrowed it to 4-9 but a relentless Sindhu entered the breather with a 11-5 advantage.

The Indian kept things under control and soon surged to a 20-11 advantage. The Singapore girl saved two match points before hitting wide as Sindhu entered the last eight.

In the men's doubles match, Satwik and Chirag, who had lost to Ahsan and Setiawan at the China Open last year, produced a gallant effort to dispatch their fancied rivals in 53 minutes.

The Indian duo moved to a 3-0 lead and kept their nose ahead, reaching the break with a 11-7 advantage, despite the Indonesian pair snapping at their heels.

Ahsan and Setiawan jumped from 11-14 to 16-14 with five straight points but Satwik and Chirag clawed back to grab their lead and pocketed the opening game to earn the bragging rights.

The experienced pair of Ahsan and Setiawan, however, took the match to the decider after winning the second game.

The duo grabbed a 10-5 advantage before the Indian pair made it 9-11 at the breather. Satwik and Chirag kept fighting but Ahsan and Setiawan kept their nose ahead.

In the decider, Satwik and Chirag quickly ran up a huge 11-5 lead and kept moving ahead even as Ahsan and Setiawan struggled to make a comeback.

The Indian duo jumped to a 16-6 lead at one stage, a gap the Indonesian combination failed to bridge.