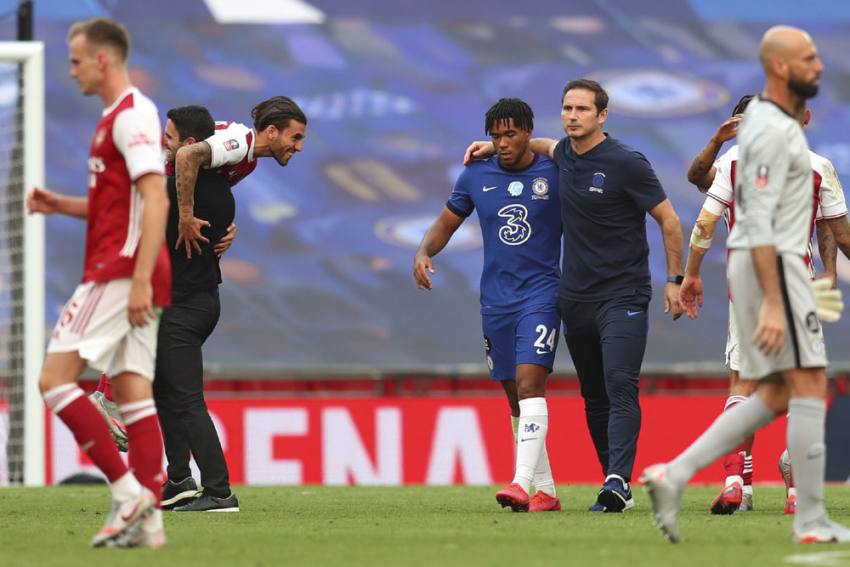 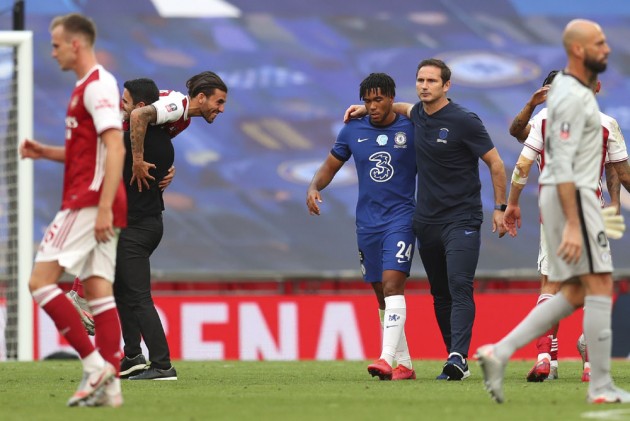 Chelsea boss Frank Lampard accepted his team got what they deserved as they lost 2-1 to Arsenal in the FA Cup final, suffering major casualties along the way. (More Football News)

Two goals from Pierre-Emerick Aubameyang saw Arsenal recover from the shock of going behind early on to Christian Pulisic's slick finish.

Lampard said Chelsea's season reached a "tipping point" as he pointed to the injury blows they suffered, with hamstring issues forcing captain Cesar Azpilicueta and the lively Pulisic off, before substitute Pedro was carried away with a suspected dislocated shoulder.

Chelsea also had Mateo Kovacic sent off after 73 minutes, damaging their hopes of getting back on level terms.

Lampard told BBC One: "We started well for 10 or 15 minutes, scored a goal, had other chances, controlled the game, and we could only blame ourselves from that point in football terms, because we decided to take control, as in 'let's get complacent, let's take our time on the ball, let's try and play short passes like it's a bit of a stroll'.

"A cup final can never be a stroll. We allowed them back into the game and when it's like that it's hard to get yourself back in the game.

"We did in the second half for big periods, but a lot of today was on us.

"We were slow, played back on ourselves, invited pressure. We didn't perform well enough to win a final.

"It all came together for us today, didn't it! We were below par after the start, two hamstrings, dislocated shoulder. Willian was injured yesterday and had to pull out of the game.

"We're at the end of a long, long season ... it felt like it came to the tipping point a bit today."