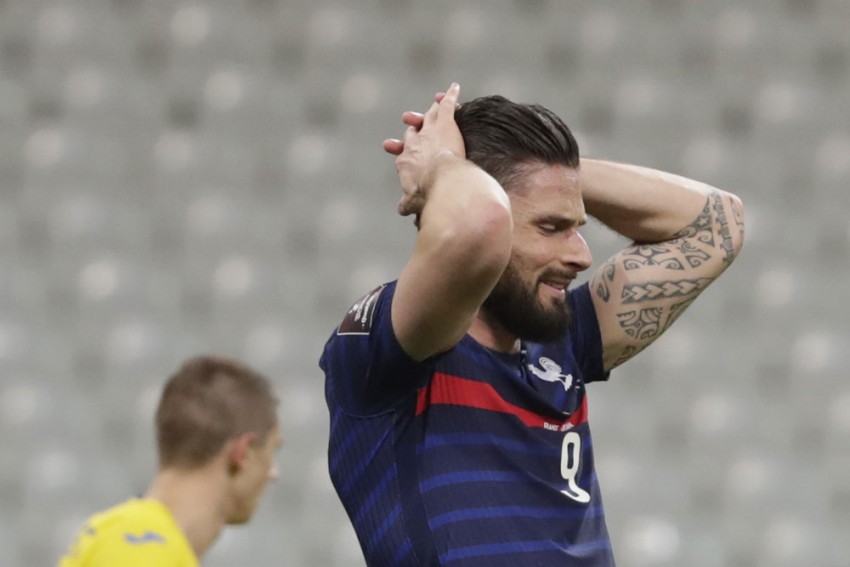 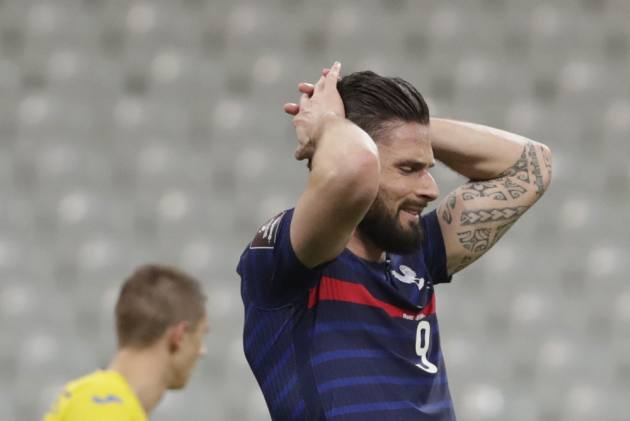 France coach Didier Deschamps lamented his side's lack of energy in the second half of Wednesday's 1-1 draw with Ukraine but says they should have put the game to bed in the first half. (More Football News)

The reigning world champions started their road to Qatar 2022 in unconvincing fashion in Paris, although they seemed on track for three points in the first half.

Antoine Griezmann fired in a 19th-minute opener before multiple chances were spurned including Olivier Giroud's close-range header which sailed over.

Ukraine found a fortunate way back into the match via Presnel Kimpembe's 57th-minute own goal from Serhiy Sydorchuk tame shot.

"We should have secured the win in the first half, we had the opportunities, it was more difficult in the second half," Deschamps told TF1 post-game.

"There was certainly less juice, the goal that we conceded was avoidable, we pushed to the end.

"I had decided to have a team focused on the offensive but this was not the case. It was not necessarily a match where we got the most chances. We needed more precision and movement.

Honours even across the board after Ukraine hold the reigning champions #WCQ | #WorldCup pic.twitter.com/fNPA0L3z1b

"We are obviously disappointed, the ideal result would have been to win. It proves that Ukraine is a good nation."

Les Bleus captain Hugo Lloris agreed they should have been more than one goal up at the break.

"We missed this second goal. We should have done a lot more to get it; we came back with a lack of intensity," the Tottenham goalkeeper told TF1.

"We were faced with a lower block and we struggled. We had good intentions but, at half-time, we should have been 2-0 and secured the win. It is insufficient for this first match."

France return to action on Sunday away to Kazakhstan before another trip on Wednesday to face Bosnia-Herzegovina.

"We have two other matches which will not be easy," Deschamps said. "We lacked energy in the second half. We can do better."