Mosharraf Hossain, who had undergone four months of intense treatment including a surgery for brain tumour, contracted the infection after his father also tested positive for the coronavirus 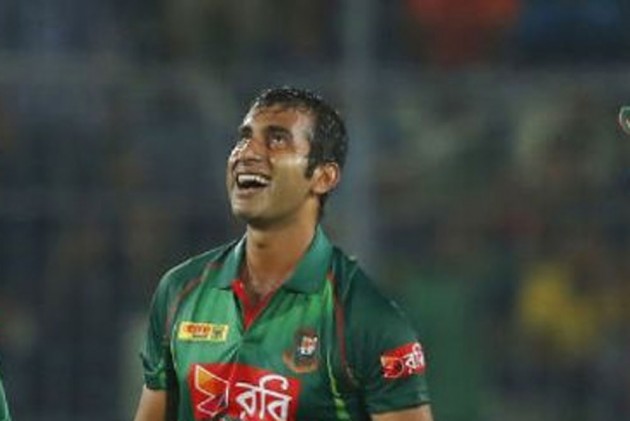 Former Bangladesh left-arm spinner Mosharraf Hossain, who has represented the national team in five ODIs, has tested positive for COVID-19.

The 38-year-old, who had undergone four months of intense treatment including a surgery for brain tumour, contracted the infection after his father also tested positive for the contagious disease.

He was diagnosed with a brain tumour last year.

Mosharraf is doing fine and has self-isolated himself at home after receiving the result of his COVID test on Sunday.

"My father tested COVID-19 positive earlier and he was admitted in the ICU of the CMH hospital," Mosharraf was quoted as saying by 'The Daily Star'.

"Later I also experienced some symptoms and tested coronavirus positive. My health is fine so far and I have isolated myself at home.

"My wife and my child however tested negative and they are living with her parents."

Mosharraf was hoping to make a comeback to the domestic circuit this year after recovering from his illness.

Former captain Mashrafe Mortaza and two other Bangladesh cricketers, Nazmul Islam and Nafees Iqbal, had tested positive for the virus in June.