Klete Keller's alleged participation in the US Capitol protest was first reported this week by SwimSwam, a site dedicated to covering competitive swimming and other aquatic sports 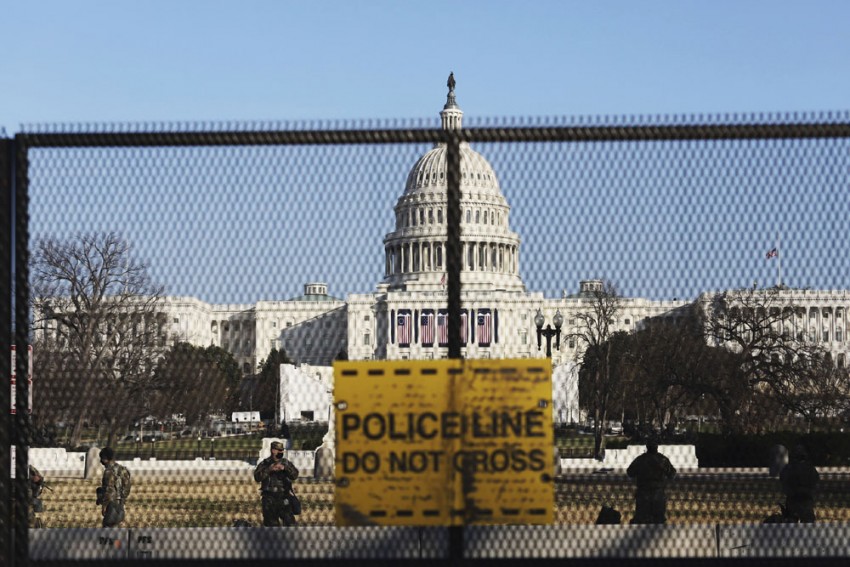 National guards are seen on a fence that was erected to reinforce security at the Capitol in Washington
AP Photo/Shafkat Anowar
Agencies 2021-01-14T10:26:47+05:30 Five-time Olympic Medallist Klete Keller Charged With Taking Part In US Capitol Riot 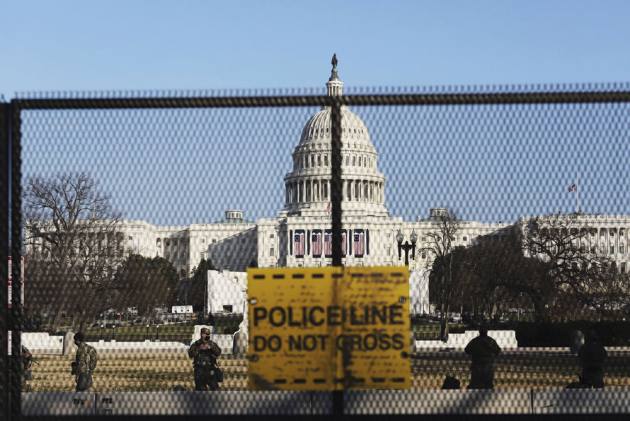 Five-time Olympic swimming medalist Klete Keller was charged with participating in a deadly riot at the U.S. Capitol after video emerged that appeared to show him among those storming the building last week. (More Sports News)

An FBI complaint, citing screenshots from the video, asked that a warrant be issued charging Keller with knowingly entering a restricted building to impede an official government function, disorderly conduct, and obstructing law officers during the frightening ordeal.

It wasn't clear if he had been taken into custody.

Thousands of supporters of President Donald Trump stormed the Capitol during a joint session of Congress on Jan. 6 while lawmakers met to formalize the victory of President-elect Joe Biden.

"We respect private individuals' and groups' rights to peacefully protest but in no way condone the actions taken by those at the Capitol last week," USA Swimming said in a statement, noting that Keller has not been a member of the organization since he retired after the 2008 Beijing Games.

Keller's alleged participation in the Capitol protest was first reported this week by SwimSwam, a site dedicated to covering competitive swimming and other aquatic sports.

It pointed to video posted to social media by Townhall reporter Julio Rosas, which showed a tall man wearing a U.S. Olympic Team jacket among the rioters as officers attempted to clear the Rotunda.

SwimSwam said at least a dozen people within the sport have identified the man as Keller after reviewing the video and screenshots.

Keller trained for several years under coach Bob Bowman, who is best known as the longtime coach and mentor of Michael Phelps, winner of the most gold medals in Olympic history.

In a statement issued before Keller was charged, the U.S. Olympic and Paralympic Committee denounced the melee that left five people dead but did not mention him specifically.

"We absolutely condemn the violent actions of the rioters at the U.S. Capitol last week," the USOPC said.

"We support the right to peacefully protest and express values and viewpoints in a respectful and lawful manner -- that is what makes our democracy strong. Sadly, that is not what happened in this case."

Keller has deleted his social media accounts, which reportedly showed he was an outspoken supporter of President Trump.

Keller's athletic achievements are unlikely to be affected by the charges, though he could be shunned by USA Swimming and the USOPC at promotional events and other functions featuring former Olympians.

The International Olympic Committee has only stripped medals from athletes who violated doping rules and other regulations during competition.

Keller, who grew up in Arizona, was working in Colorado as an independent contractor for real estate firm Hoff & Leigh, which said on its web site that he advised "industrial landlords and sellers on maximizing the value of their industrial asset."

Hoff & Leigh released a statement to SwimSwam on Tuesday saying Keller has resigned.

"But we cannot condone actions that violate the rule of law."

A longtime stalwart of the U.S. national team, Keller was a member of 800 free relay teams that helped Phelps win two of his record 23 gold medals.

Keller anchored the winning team at the 2004 Athens Games, which also included Phelps, Ryan Lochte and Peter Vanderkaay. Keller posted the fasted split in the group.

Four years later, Keller anchored the relay during the preliminaries, powering the Americans to the fastest time, but he didn't compete in the final. Phelps, Lochte, Ricky Berens and Vanderkaay turned in a world-record performance that was part of Phelps' record eight gold medals in Beijing.

In interviews with the Olympic Channel podcast and USA Swimming, he admitted to being a poor employee and feeling entitled because of his athletic success. The problems carried over to his personal life, which result in a divorce that left him homeless and a loss of visitation rights that prevented him from seeing his children for four years.

He credited his family and specifically his sister for helping him get his life back on track.