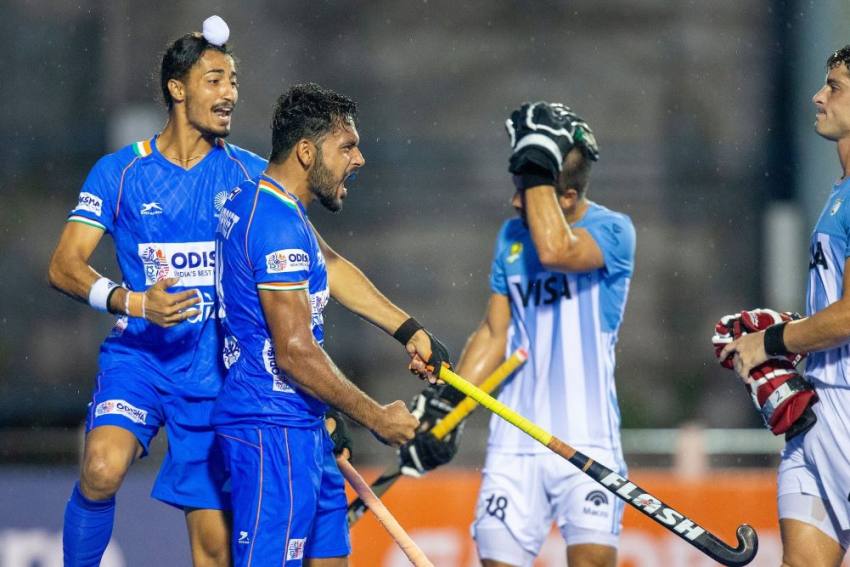 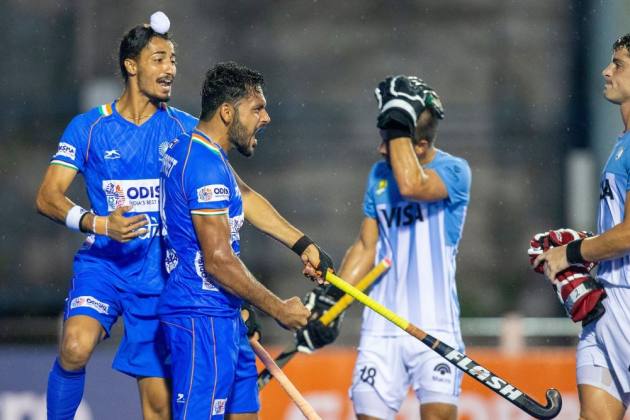 The Indian men's hockey team snatched a dramatic penalty shoot-out win over Olympic champions Argentina after Harmanpreet Singh kept the side afloat in regulation time with his two goals in the action-packed first game of their FIH Pro League tie in Buenos Aires. (More Sports News)

In an engrossing contest between two evenly-matched teams, it was Harmanpreet (21st minute) who gave India a 1-0 lead with a superbly executed penalty corner early in the second quarter before a quick-fire double from Martin Ferreiro (28th, 30th) put Los Leones into a 2-1 lead at half time.

Argentina held onto their lead until the dying seconds of the match, when Harmanpreet (60th) stepped up to the mark to tie the scores with a second-phase penalty corner for the visitors, who were playing their first Pro League match after more than a year.

The draw guaranteed a point for each team, but it was the tourists who walked away with the bonus point, thanks largely to some brilliant goalkeeping by PR Sreejesh.

As per the event's rules, the team winning the shoot-out also walks away with the bonus point.

The result meant India consolidated their fifth position in the FIH Hockey Pro League standings with 12 points from seven matches. Argentina are placed sixth, with 11 points from as many games.

"I think the most important thing was that we never gave up," Harmanpreet said.

"We were fighting until the last minute, and that is why we got a result here."

Asked what his team needs to improve on for the second game to be played later in the day, Harmanpreet said: "We got lots of cards today, so I think we need to improve on that. We need to keep that in mind so in the next match, we don't get any cards."

The two teams will face each other again on Sunday.