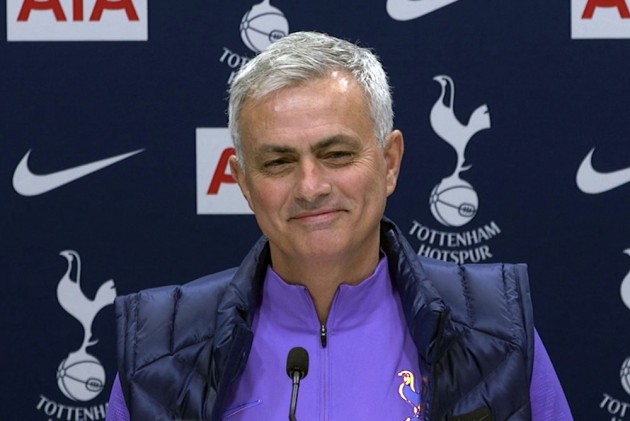 Manchester City saw their ban from UEFA competitions for the next two seasons overturned by the Court of Arbitration for Sport (CAS) on Monday.

The Premier League club had been accused of committing "serious breaches" of UEFA's club licencing and FFP regulations.

City consistently denied wrongdoing and, after successfully appealing to CAS, must now only pay a fine of €10million, reduced from €30m, for failure to assist UEFA adequately in its investigations.

Mourinho labelled the decision a disgrace but does not expect it to change the approach of Spurs, who are poised to miss out on qualification for next season's Champions League as they trail fourth-placed Leicester City by seven points with three games remaining.

"I don't think Spurs will change their mentality, in many aspects, I am happy with the way we think here," he told a media conference.

"In the past other clubs were in a similar situation and you know the results. I think it's better to open the circus door and let everyone enjoy with freedom."

Jose provides a squad update ahead of our trip to Newcastle.#THFC #COYS pic.twitter.com/AbsJf39cRh

Asked about Newcastle manager Steve Bruce, Mourinho replied: "It's difficult for me to speak about the guys I like. A guy that I like very much, since my arrival in England.

"I played against him with so many clubs, met him a few times outside of matchdays. Spoke with him on the phone, because when he was at Aston Villa, he had some of my players [on loan]. Spoke with him at Man United and he was a former Man United captain.

"Everybody knows my emotional connection with Bobby Robson. I worked for so many years with Sir Bobby, I learned with him how to respect the people there, the mentality, what society is historically in the Newcastle area. A part of my awful record at St James Park! It's a club that I have a lot of respect for.

"I am happy that Steve is doing so well, hopefully next season he will be stronger and stronger. I believe next season maybe a new owner will spend a lot of money and give him better conditions. I truly believe FFP is gone, maybe the new owners will have the feeling of opening the door to the circus."