FC Goa and Al Rayyan played out a 0-0 draw in their earlier Group E match of AFC Champions League, though the Qatari side had dominated most part of the game 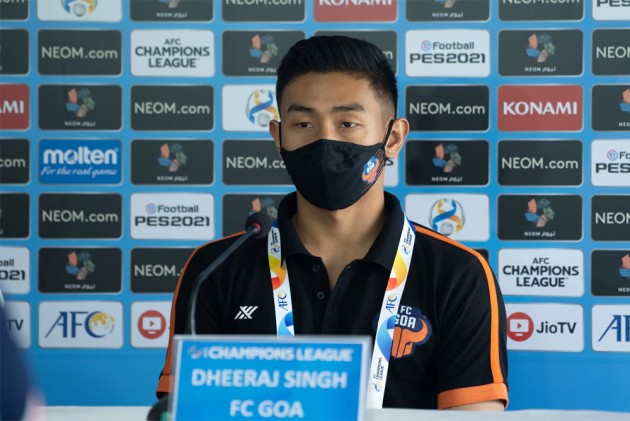 Back-to-back defeats may have dented their confidence but FC Goa's maiden campaign in the AFC Champions League (ACL) can still be revived if they beat Al Rayyan of Qatar in a reverse fixture in Margao, Goa on Monday. (More Football News)

The two sides played out a 0-0 draw in their earlier Group E match though the Qatari side had dominated most part of the game.

While Al Rayyan -- on one point from four games -- are no longer in contention for a knock-out berth after suffering three losses, FC Goa are still in the reckoning for a Round of 16 spot with two points from four outings.

The Goan side, league stage winners of the 2019-20 Indian Super League, would also be chasing its maiden win of the ACL after starting with two goal-less draws, the other one being against Al Wahda of the UAE.

Juan Ferrando's Indian side were beaten 2-1 and 4-0 by last edition runners-up Persepolis FC of Iran, showing the gulf in class when pitted against a top continental club.

The fancied Iranian side exposed the physical, technical and tactical inferiority of FC Goa in the last match though Ferrando rested a few first eleven players to preserve them for the last two group matches.

Goalkeeper Naveen Kumar made two horrendous mistakes to let in two goals and he is certain to be replaced by Moirangthem Dheeraj Singh who was brilliant under the bar.

Dheeraj, though, will be coming off a personal tragedy after his great grandfather from the maternal side died few days ago. Also, his father has tested positive for COVID-19.

FC Goa will also be bolstered by the return of captain Edu Bedia, who scored their historic first ACL goal against Persepolis, after suspension.

"Over 20 days, we have injuries and there is fatigue but it's very important to have a plan and do our best in the next two games," said Ferrando.

"We have our own plans and if it's not working, we will make the changes. It is not like we are stuck at a level and feel we can't perform. On the contrary, we are making changes to tactics to improve."

About their opponents, Ferrando said, "They will have some new players on the field but for sure it will be a different match. We will work hard to get a positive result."

World Cup winner Laurent Blanc's Qatari side sit at the bottom of the standings but the Frenchman is convinced that their position does not do justice to their quality.

"Yes it's true we are out of the competition but we're still not finished here. We will be motivated to perform our best against FC Goa tomorrow, not only for this club but also for Qatar.

"We need to win and although we have not performed to expectations, we will strive to get the result. It will be a difficult game against FC Goa because they are very organised."