Pakistan won the series 2-1, only their second ODI series win on South African soil since 2013 with Zaman smashing 193 and 102 in the last two ODIs. 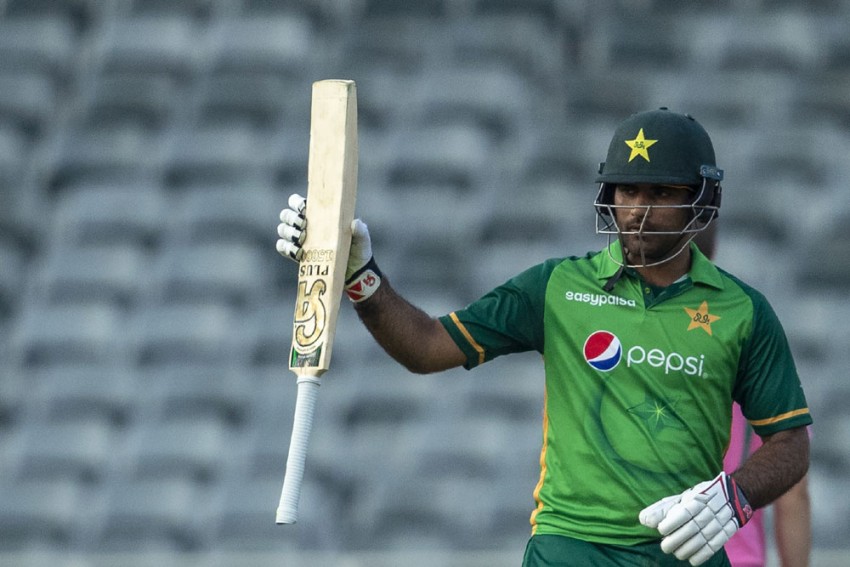 Muhammad Hafeez, a former captain and senior most player in the side, gifted the bat after Fakhar Zaman felt uncomfortable with the ones he had.
AP Photo
PTI 2021-04-09T10:46:58+05:30 Fakhar Zaman Used Bat Gifted By Muhammad Hafeez In ODI Series Against South Africa

Pakistan opener Fakhar Zaman on Thursday revealed that he had used a bat gifted by senior teammate Muhammad Hafeez to power his way to two successive hundreds in the just concluded One-day series against South Africa. (More Cricket News)

Pakistan won the series 2-1, only their second ODI series win on South African soil since 2013 with Zaman smashing 193 and 102 in the last two ODIs.

"The bat that I used in the series was gifted to me by Muhammad Hafeez," Zaman said at a virtual press conference on Thursday.

Hafeez, a former captain and senior most player in the side gifted the bat after Fakhar felt uncomfortable with the ones he had.

Named the player of the series, Zaman however said that he is still not sure whether he would play in the coming T20 series in South Africa and Zimbabwe.

The left-handed opener was not named originally in the T20 squad for the twin tours but after his superb 193, the selectors named him in the T20 side as well.

Zaman, a hard-hitting batsman, said he was eager to open with fellow opener, Sharjeel Khan who has a reputation of being a big hitter in T20 cricket.

"It would be great if I can open with Sharjeel during the upcoming T20I matches against South Africa and Zimbabwe."

He said that Sharjeel, also a left hander, was one of his favourite players because of his aggressive style of play.

"I would feel really good if I get the opportunity to bat alongside him. He makes cricket look very easy. So, let's see what happens going forward," he added.

Zaman said he won't batting down the order since captain, Babar Azam was the regular opener in T20 cricket and also opens with Sharjeel in the Pakistan Super League.

"I can play at any position they ask me to bat on. Nowadays in T20 cricket you have to develop a mindset to be someone who can float in the batting order," he added.

Justin Rose Storms Into Four-shot Lead At The Masters