Expectations Can Make You Nervous: Mary Kom Ahead Of Ninth World Boxing Championship

Mary Kom has to her credit six gold medals and a silver in eight World Boxing Championship appearances, the last of which was in New Delhi in 2018. 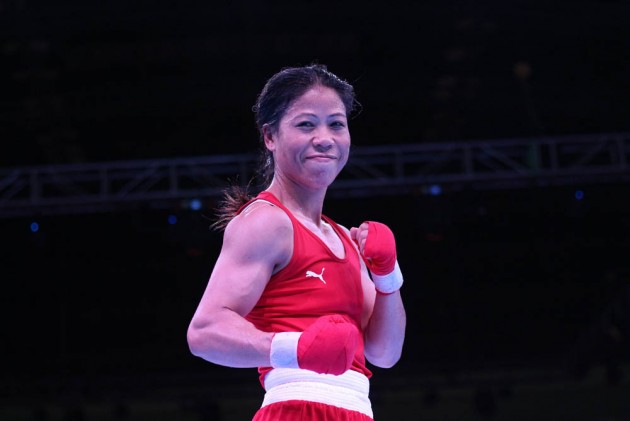 She is the most successful boxer in the history of amateur world championships but Indian icon M C Mary Kom says she is a shade "nervous" heading into her ninth appearance at the showpiece, not because of the competition that awaits her but the overwhelming expectations at home.

Mary Kom has to her credit six gold medals and a silver in eight world championship appearances, the last of which was in New Delhi in 2018.

Statistically, she is the most successful boxer in the event and has also earned the moniker "Magnificent Mary" from the International Boxing Association (AIBA).

In an interview to PTI ahead of the upcoming edition, from October 3 to 13 in Ulan-Ude, Russia, the seasoned Manipuri spoke about the nerves that can get triggered by the expectations despite her wealth of experience.

"I say it all the time, I will give my best but cannot guarantee a medal. I tell myself that too but the pressure is always there and so is the stress of handling it. It can make you nervous," the 37-year-old said.

Mary Kom and the rest of the Indian team will depart for the mega-event early Sunday morning.

"The world championship is a familiar space for me but the competition is always new. I am looking forward to it," she said.

The mother of three will be competing in 51kg category, which is on the Olympic roster. Her last world title came in the 48kg division.

She has dominated 48kg like no one else and has also managed to get the results even in the higher category, the best being the 2012 London Olympics bronze and the 2014 Asian Games gold.

But none of her world titles have been in the 51kg division. In the 2012 and 2016 editions, she competed in the 51kg category and lost in the quarterfinals on both occasions. That's one rare record she would be aiming to improve starting next week.

"I have good results in both (48kg and 51kg) and in 51kg, the challenge has always been strength. That's been my focus even for the upcoming world championship and I am ready for it. It's not a new category for me but again results can never be predicted," was her familiar assessment of how the tournament might pan out.

"I just want to give my best and if I am able to do it, gold is never a problem," she added before breaking into a giggle.

This year, Mary Kom won gold medals in the India Open and the President's Cup in Indonesia. She skipped the Asian Championships to prepare for the world event.

"I have a good feeling about it. My body feels better than before and the training trip to Italy has also helped immensely. I am keeping my fingers crossed," she said.

With soon-to-be nine appearances at the premier event, which one of them would she count as her most memorable so far?

"I think the one last year. I won a gold, in front of my family, friends and supporters and proved so many critics wrong. It was quite special," she said.

"But yeah, that kind of emotionally overwhelming experience makes you realise how much people expect out of you. I hope I can deliver this time too," she added.

"Rest of the talking, I will do after the world championship," she signed off.