France got off the mark with a 2-0 win over Russia and England lost to Portugal by the same score in Sunday's action. 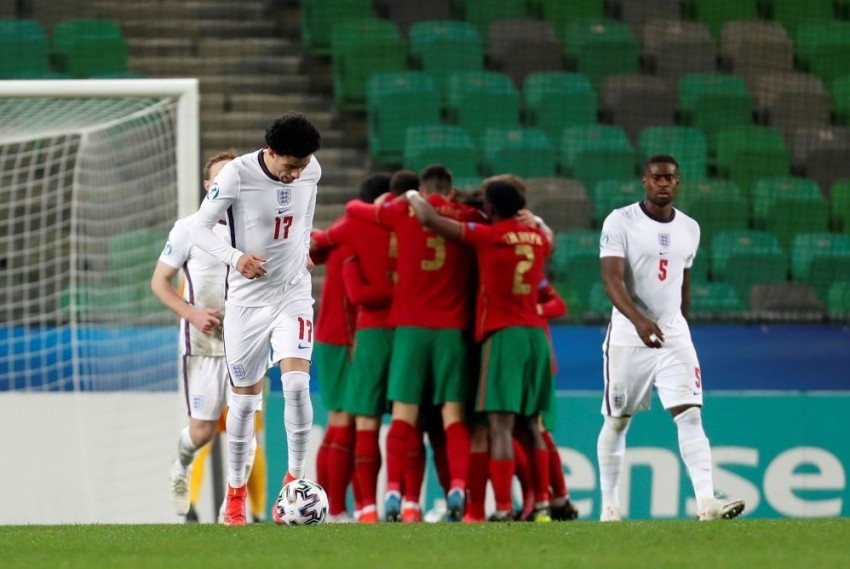 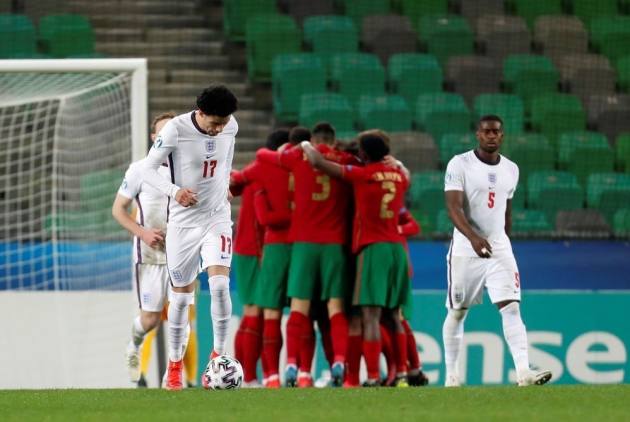 France got off the mark at the European Under-21 Championship with a 2-0 win over Russia, while a second successive loss for England leaves them on the brink of elimination. (More Football News)

Les Bleuets went down 1-0 to Denmark in their tournament opener but responded with a routine win in Szombathely on Sunday through a pair of first-half penalties.

Odsonne Edouard won and converted the first of the spot-kicks after 15 minutes and Jonathan Ikone added a second from 12 yards with a precise Panenka.

Defeat for France would have knocked them out of the competition, but some good goalkeeping from Alban Lafont kept their two-goal margin intact and they live to fight on.

England's hopes of progressing to the semi-finals later this year were dealt another huge blow, however, as they suffered a 2-0 defeat against Portugal in Ljubljana.

Aidy Boothroyd's side, who lost 1-0 to Switzerland in their opener, failed to muster a single shot on target versus Portugal and now require a helping hand in the final set of games.

A goal-line clearance from Ben Godfrey denied Portugal an early breakthrough, but their persistence paid off as they found the net for the 30th U21 Euros match running.

Dani Carvalho rounded off a counter with a low curler away from Aaron Ramsdale into the bottom corner and substitute Francisco Trincao converted a penalty 10 minutes later.

England now need to beat Croatia, who edged out Switzerland 3-2 earlier on Sunday, in their next match and hope Portugal beat the Swiss in Wednesday's other group clash.

Here's how the four groups are looking after Matchday 2. #U21EURO

Croatia were made to work hard for their victory at SRC Bonifika - their first ever in the competition - after seeing their three-goal lead reduced to just one in a thrilling contest.

Luka Ivanusec opened the scoring early on against the run of play and they were cruising when Nikola Moro and Dario Vizinger added quickfire goals shortly after the hour mark - the former from the penalty spot.

But there was to be some late drama as substitute Kastriot Imeri scored from the penalty spot and Sandro Kulenovic put into his own net.

Switzerland nearly snatched an incredible comeback point, only for Dominik Kotarski to deny Alexandre Jankewitz with a big save in added time.

Denmark were 2-0 winners against Iceland in Sunday's early kick-off, meanwhile, thanks to goals from Gustav Isaksen and Mads Bech in the first 18 minutes.

Oliver Christensen kept out a Sveinn Aron Gudjohnsen penalty before half-time and Iceland failed to put up much of a fight from that point on.

The Danes are three points clear of France and Wednesday's opponents Russia, while Iceland are without a point but could still advance if results go their way next week.