Europa League: Manchester United, Arsenal Get Tricky Ties - Round Of 32 Draw In Full 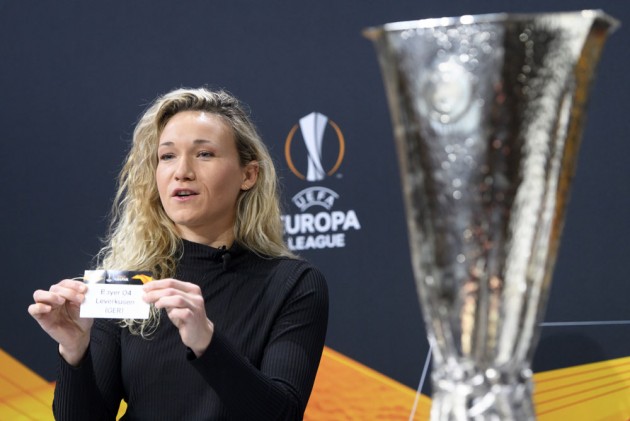 The Red Devils, winners of the competition in 2016-17, topped their Europa League pool, losing just once with a youthful side at Astana.

Struggling Arsenal will have been eyeing a more favourable draw than Olympiacos, who are familiar with north London having faced Tottenham in the Champions League.

Inter were unfortunate not to make the last 16 of the Champions League, losing out to Barcelona and Borussia Dortmund, but Antonio Conte's side will fancy their chances against Bulgarian side Ludogorets.

Sevilla, who are the competition's most successful club, with five wins across the UEFA Cup and Europa League, will have to overcome Cluj to make the last 16.

Ajax, Champions League semi-finalists last season, also face Spanish opposition in the form of Getafe, and Roma – who reached the last four of Europe's premier competition in 2017-18 – go up against Gent.

Bayer Leverkusen take on two-time winners Porto in one of the round's stand-out ties, as Shakhtar Donetsk and Benfica – two demoted Champions League outfits – face off.

Having impressed against Liverpool and Napoli, Salzburg play Eintracht Frankfurt.

The full draw for the Europa League's round of 32 is:

The first legs will take place on Thursday 20 February, with the return fixtures scheduled for a week later.

Club chiefs will return to Nyon for the last-16 draw on February 28.