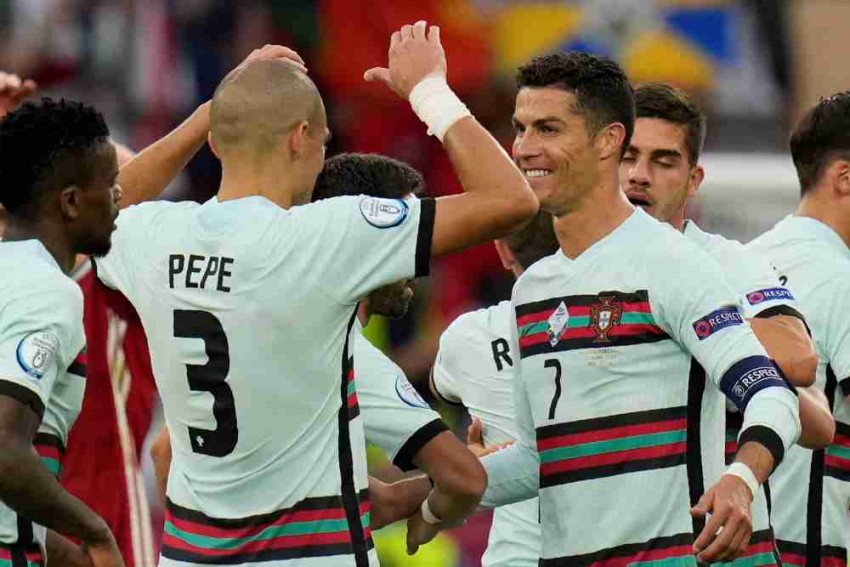 Cristiano Ronaldo set the record for most career goals at the European Championship. (More Football News)

The Portugal great scored from the penalty spot in the 87th minute and then added another in injury time to give the defending champions a 3-0 victory over Hungary on Tuesday.

Ronaldo's goals, however, weren't the only interesting part of the game. On the fifth day of the Euro 2020 tournament, this was the first match played in a full stadium.

The 67,215-capacity Puskas Arena was packed with mostly Hungarian fans, and they made their presence known throughout the match. Hungary is the only one of the 10 countries hosting matches at the tournament to allow full crowds.

That gave Ronaldo plenty of witnesses to history.

The Juventus forward was playing in his fifth European Championship, dating back to Euro 2004. He entered this year's edition even with Michel Platini at nine goals, but that only lasted 87 minutes.

The 36-year-old Ronaldo also became the only player to score at five consecutive European Championships.

Ronaldo scored his first goal after Rafa Silva was fouled by Willi Orban in the area and the referee whistled for a penalty. Ronaldo, who had missed an easy chance near the end of the first half, shot to the right of goal and got his record.

The second came when he combined with Silva in front of goal and then skipped around Hungary keeper Peter Gulacsi before rolling the ball into an empty net with his left foot.

Portugal defender Raphael Guerreiro scored the opening goal three minutes before Ronaldo's first with a shot that deflected off a defender and wrong-footed Gulacsi.