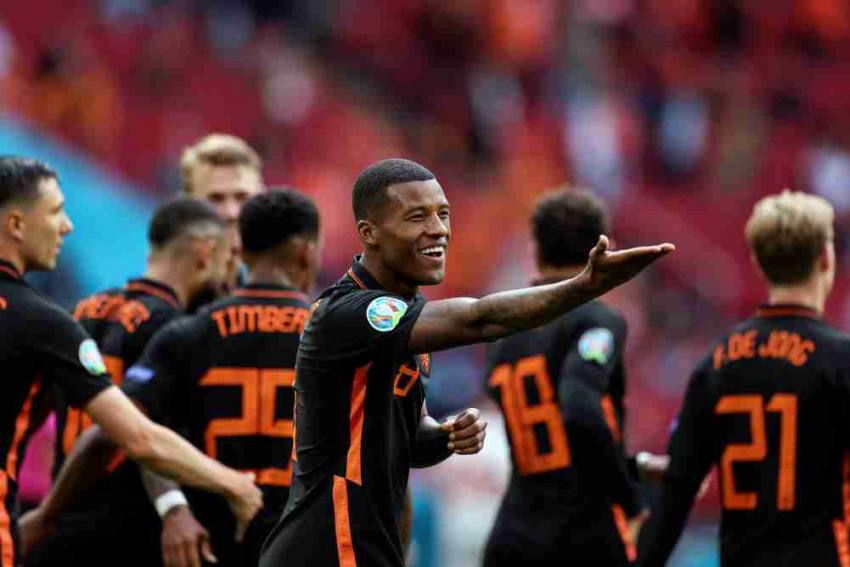 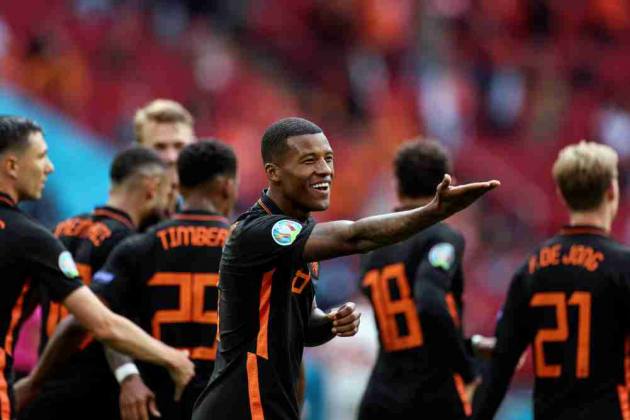 Memphis Depay scored one, he set up Georginio Wijnaldum for the next two, and the Netherlands made it three out of three.
North Macedonia Profile | Netherlands Profile | News

The Dutch team completed the group stage at the European Championship with a 3-0 victory over North Macedonia on Monday, the second team at the tournament after Italy to win all three of its opening matches.

Memphis, who signed for Barcelona on Saturday, scored the first goal after a slick counterattack in the 24th minute. He then passed to Wijnaldum for a tap-in goal in the 51st, and seven minutes later goalkeeper Stole Dimitrievski saved a shot from Memphis that Wijnaldum put into the roof of the net off the rebound.

Free from worrying about completing his move from Lyon to Barcelona, Memphis could concentrate on the match in front of him.

“But of course it was in the background.”

Barcelona came close to signing Wijnaldum, too, but he ultimately chose to move from Liverpool to Paris Saint-Germain.

The Netherlands had already won the group before the match and North Macedonia was already eliminated after losing its first two matches at its first major tournament.

The match at the Johan Cruyff Arena was the 122nd and last international for North Macedonia captain Goran Pandev. His teammates formed a guard of honor and the crowd gave him a standing ovation as he was substituted in the 69th minute.

“I can only say I am happy to work with such a captain for five and a half years and I thank Goran Pandev for all he has done for soccer in Macedonia,” said North Macedonia coach Igor Angelovski , whose contract with the national team expires netx month.

Ivan Trickovski slid a shot low into the corner of the net in the ninth minute, but the goal was ruled out for offside. And in the 22nd, Aleksandar Trajkovski hit the post with a shot from outside the box after being set up by Pandev.

The Dutch took the lead two minutes later. Daley Blind tackled Pandev just outside the Dutch penalty area and the Netherlands new attacking partnership of Donyell Malen and Depay exchanged passes twice in a swift counterattack that ended with Depay shooting low past Dimitrievski. VAR checked Blind's tackle and ruled that he played the ball fairly.

“We all know Donyell's quality," Wijnaldum said of the PSV Eindhoven forward.

"He is an enormous threat to defenders and that gives me and Memphis more space.”

It was a disappointing end for Pandev, who started his international career in 2001 and has scored 38 goals for his country.

Before kickoff, Wijnaldum presented the North Macedonian veteran with an orange Netherlands shirt with the number 122 on the back to mark Pandev's final tally of internationals.

The Netherlands now has to wait to see which team it will face in the round of 16 on Sunday in Budapest. As Group C winner, the team will line up against the third-place finisher in either Group D, E or F. (AP)