Despite thrashing Lithuania 6-0 with Cristiano Ronaldo scoring a hat-trick, reigning European champions Portugal were made to wait for qualification as Serbia battled to a 3-2 win over Luxembourg in the other game in Group B 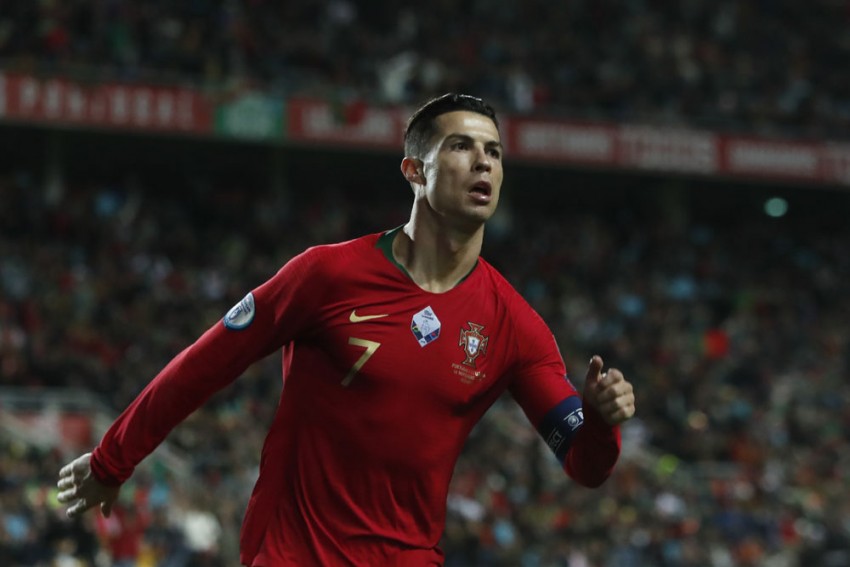 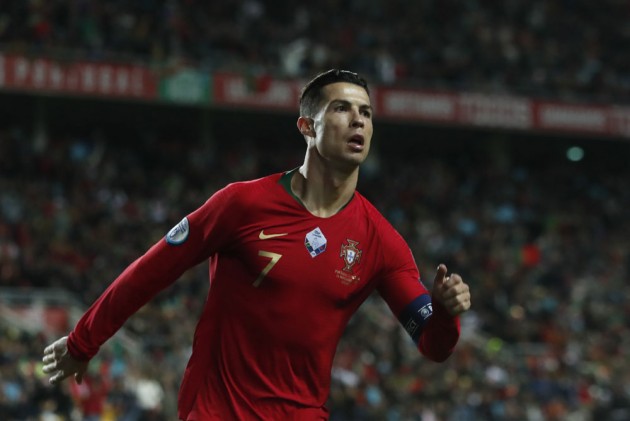 Cristiano Ronaldo scored his ninth international hat-trick as Portugal moved to the brink of qualifying for Euro 2020 with a 6-0 thrashing of Lithuania in Faro on Thursday. (More Football News)

The reigning European champions were made to wait for qualification however as Serbia battled to a 3-2 win over Luxembourg in the other game in Group B.

Ronaldo had been substituted in his last two club games by Juventus coach Maurizio Sarri, with the Italian claiming the striker had been struggling with a knee injury.

He reportedly left the stadium before the final whistle after being taken off by Sarri during Juve's 1-0 Serie A win over AC Milan at the weekend.

"His match put an end to the doubts about his physical condition, for those who had doubts. I personally had none, and I said that."

Portugal sit second in the standings behind Ukraine, who have already qualified, and one point clear of Serbia, but can secure their spot at next year's finals with victory in Luxembourg on Sunday.

Ronaldo has now scored 98 international goals and will be hoping to become the second-ever player to reach 100 this weekend.

Ronaldo got Portugal underway with a seventh-minute penalty after being brought down in the area himself, before adding a fantastic second midway through the first half with a curling effort into the top corner.

Benfica midfielder Pizzi drilled in a fine third less than seven minutes into the second period.

Goals from Goncalo Paciencia and Bernardo Silva made it five just after the hour mark, and Ronaldo was allowed the freedom of the Lithuanian area to complete the 55th treble of his career.

The 34-year-old Juventus forward has scored 13 goals in his last seven Portugal appearances.

He missed a golden chance to move within one of his century not long after scoring his third when totally unmarked 10 yards from goal he blazed an effort over the crossbar.

Ronaldo's other hat-tricks include 44 for Real Madrid, one for Juventus and one for Manchester United.