Bukayo Saka did all that and more, but he still came up short in one particular area - scoring 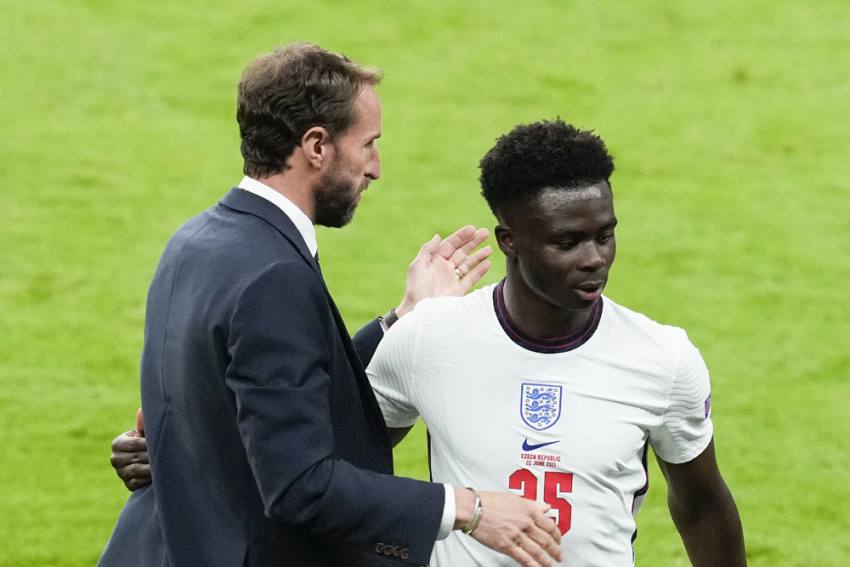 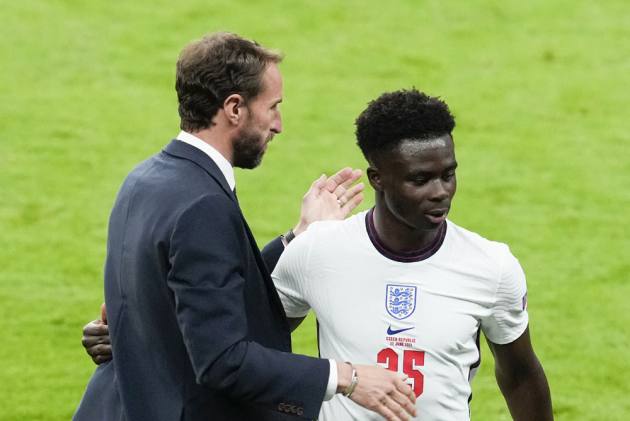 Bukayo Saka was put on the field to turn possession into penetration, to create chances for an England team that had scored only one goal in two matches at the European Championship.

He did all that and more, but he still came up short in one particular area.

Raheem Sterling scored the only goal in England's 1-0 victory over the Czech Republic on Tuesday by heading in a cross from Jack Grealish that flew just over the jumping Saka's own head.

“It was a great cross from Jack and Raheem was there for the goal,” the 19-year-old midfielder said. “I almost got there but I'm just not quite tall enough.”

He was good enough, however. Good enough to get UEFA's player of the match award. And maybe even good enough to stay in the starting lineup when England plays its next Euro 2020 match in the round of 16.

“He earned that opportunity (to play) tonight and he has grabbed it,” England coach Gareth Southgate said.

England already knew it had advanced to the round of 16 before the game at Wembley Stadium had started, allowing Southgate to try something new with an attack that has created very little since the tournament began. The two new somethings were Saka and Grealish.

“The instructions were just to play, you know, have fun, play with freedom, express yourself,” Saka said.

“We've already qualified, there's no pressure on us, just have fun out there and that's what I tried to do.”

Saka did for England what he had been doing all season for Arsenal, and it worked.

Now Southgate will have to decide if the teen stays in the starting lineup, something that could depend on the team's next opponent. As Group D winners, England will face either World Cup champion France, defending champion Portugal, Germany or Hungary at Wembley Stadium on Tuesday in the next round.

“He (Southgate) said that's one of my qualities, it's what I've done all season at my club,” Saka said.

“He just told me to play how I do at my club. Play confident, play free and express yourself and that's what I did.”

It was Saka's first start in a major international tournament and only his sixth appearance for England. But, remarkably, it was his second man of the match award. The young man who grew up in nearby Ealing earned the other in his third appearance for the national team — a 3-0 victory over Ireland in November.

“I am a local boy. I've gone past the stadium millions of times,” Saka said.

“It's really special. It's amazing. I've played here before and got a man of the match performance before but that was without the fans and without my family.

“So tonight to have my family and of course the England fans in the stadium it was really special. It's a night I'll never forget.”