Casemiro grabbed the only goal in Real Madrid's latest thoroughly deserved win at Espanyol to open up a gap at the top of LaLiga. 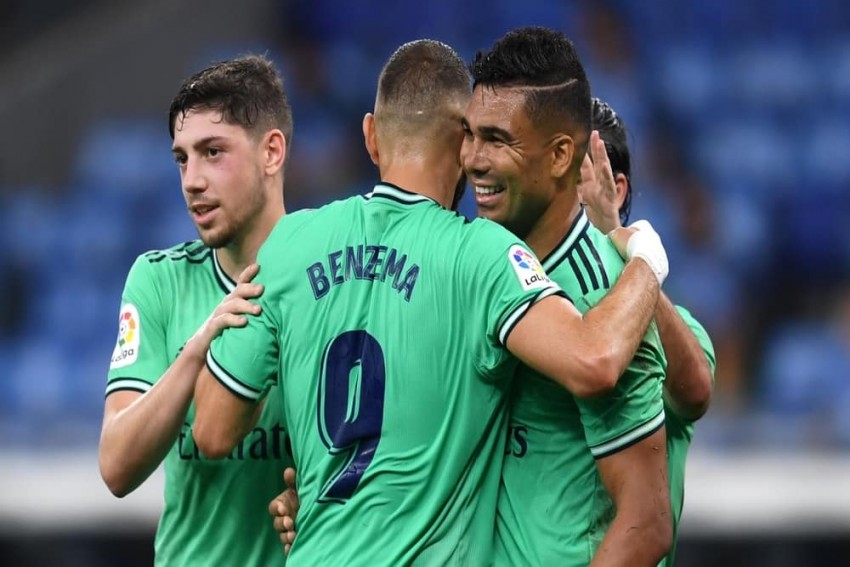 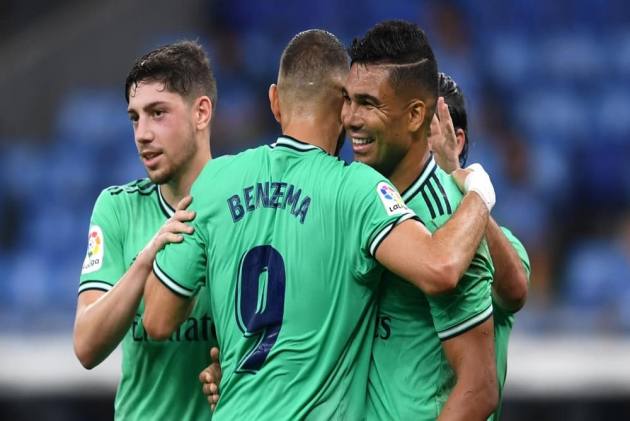 Real Madrid moved two points clear at the top of LaLiga on Sunday, capitalising on Barcelona's draw at Celta Vigo by beating the Espanyol 1-0.

Zinedine Zidane's men led the league by virtue of their superior head-to-head record going into the weekend and were boosted by Celta's late equaliser against Barca on Saturday.

Madrid made sure not to pass up the opportunity to build a gap at the summit as Casemiro scored following a wonderful Karim Benzema assist in an entertaining if ultimately narrow away victory.

The capital club have control of the title race with just six matches remaining, although it was not all one-way traffic at RCDE Stadium despite bottom side Espanyol's accommodating defending.

Madrid looked similarly shaky at times in the first half as Sergi Darder saw an early deflected shot trickle wide before Wu Lei wastefully blasted over.

1 - @Benzema has provided 117 assists for @realmadriden in all competitions. The first goal vs Espanyol has been the first one scored by @Casemiro. Skill pic.twitter.com/GTIihRfEa1

Former Madrid goalkeeper Diego Lopez scrambled to keep out an ambitious Casemiro attempt and watched both Sergio Ramos and the Brazil international head over, the captain missing the target from point-blank range.

Benzema was next to try his luck and draw a save from Lopez, whose busy outing continued with a double stop from Casemiro and Eden Hazard in a goalmouth scramble prompted by his own failure to deal with a high cross.

Casemiro's fifth effort before half-time finally evaded Lopez to break the deadlock, though, as Benzema teed up his team-mate with a cute backheel through Bernardo Espinosa's legs.

Madrid's momentum was slowed by the break, yet subsequent speculative Espanyol efforts from distance did not cause Thibaut Courtois significant concern as another win was sealed.

What does it mean? Madrid reinvigorated since restart

Defeat to Real Betis in March saw Madrid hand pole position back to Barcelona, but the coronavirus pandemic swiftly prompted the suspension of the season.

Zidane's side have entertained since the restart and could have run up a handsome scoreline against Espanyol. Crucially, though, they have won five straight matches, striking a balance between style and substance, while Barca have twice dropped points.

Nominally a holding midfielder, Casemiro provided Madrid's chief attacking threat in the first half. He appeared to be involved in each and every attack and deserved a goal long before it arrived courtesy of a gorgeous piece of skill from Benzema that meant, this time, Casemiro could not miss.

Wu wide of the mark

Madrid may have given up more chances than usual in recent weeks, but opponents must still make sure to take their opportunities when they arrive. Wu's profligacy saw Espanyol fail to do so. He should have hit the target when well placed in the first half and then aimed a tame shot into Courtois' clutches shortly after the break.

- Madrid have conceded 21 goals after 32 games in LaLiga this season, their second-best total at this stage in the competition, after 1987-88 (20 goals).
- Benzema is the third LaLiga player to reach double figures for goals (22) and assists (10) this season in all competitions, after Lionel Messi (26 and 21) and Luis Suarez (16 and 11).
- No team has recorded more wins against a single opponent in LaLiga history than Madrid versus Espanyol (W104 D33 L35).
- Benzema has been directly involved in six goals in his past six LaLiga away games against Espanyol (four goals and two assists), this after having not been involved in any of his previous three such matches at RCDE Stadium.