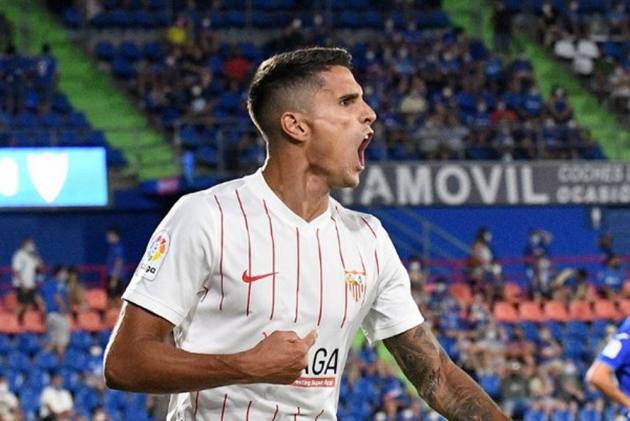 New signing Erik Lamela scored in stoppage time for his third goal in two matches as Sevilla edged Getafe 1-0 to join defending champion Atlético Madrid as the only teams with a perfect start in the Spanish league. (More Football News)

Lamela got the winner from inside the area by picking up the rebound from Rafa Mir's shot that hit the post after a breakaway three minutes into injury time on Monday.

"We were not comfortable but in the last play we fought until the end because we knew we could score and get the win," Lamela said.

"Luckily we started with two victories and we will keep working hard so we can get better. We have a lot to improve."

Lamela, the Argentine signed from Tottenham in a deal that saw Sevilla youngster Bryan Gil move to England, scored twice in his official debut with the Spanish club last weekend, a 3-0 home win against promoted Rayo Vallecano.

Atlético opened with a 2-1 win at Celta Vigo and defeated Elche 1-0 at home on Sunday.

Sevilla has won its last five league matches against Getafe without conceding.

Mir made his debut for Sevilla, while veteran midfielder Ivan Rakitic played his 200th match with the club from southern Spain.

Sevilla had been closer than Getafe to opening the scoring throughout the match. One of its best chances came in the form of a firm header by defender Diego Carlos that prompted a good save by Getafe goalkeeper David Soria in the 72nd. About 10 minutes later, Youssef En-Nesyri had a goal disallowed for offside.

Getafe fought against relegation last season and has won only two of its last 15 league games. It opened with a 1-0 loss at Valencia.

Sevilla was in the hunt for the Spanish league title until the final rounds last season. It ended in fourth place, behind Atlético, Real Madrid and Barcelona.

Madrid was held to a 3-3 draw at Levante on Sunday, while Barcelona drew 1-1 at Athletic Bilbao on Saturday. Both Madrid and Barcelona had opened with a win.

Osasuna drew 0-0 at home with Celta in a result that left both teams winless after two rounds.

The hosts, coming off a scoreless draw against promoted Espanyol, missed a penalty kick early in the second half when Rubén García's shot from the spot was stopped by Celta goalkeeper Matías Dituro.