Tottenham is hoping the development of COVID-19 vaccines will accelerate the return of fans to stadiums. 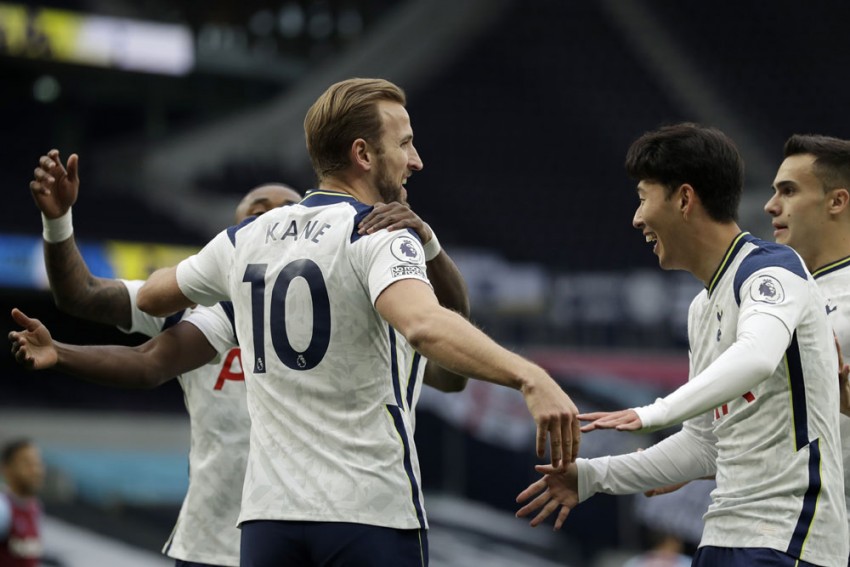 Premier League leaders Tottenham Hotspur has reported annual losses of 63.9 million pounds ($85.4 million) due to the coronavirus pandemic and fans being shut out of stadiums. (More News)

“We are currently in the midst of one of the most challenging times ever experienced," Tottenham chairman Daniel Levy said Monday, announcing the financial results for the fiscal year ending June 30.

In 2018-19, Tottenham made a profit of 68.6 million pounds ($91.7 million) during its first partial season in its new 1.2 billion-pound ($1.6 billion) stadium. Fans haven't been allowed in to watch Jose Mourinho's side at the north London venue since March.

If coronavirus restrictions prevent supporters returning this season, which runs through May, Tottenham fears losing out on more than 150 million pounds ($200 million) in revenue. The 2019 Champions League finalists failed to qualify for this season after four years in Europe's elite and lucrative club competition.

Tottenham is hoping the development of COVID-19 vaccines will accelerate the return of fans to stadiums.

“We have spent the past months preparing our stadium, testing our digital ticketing process and registering ID validation for fans," Levy said.

“Premier League clubs are entirely capable, similar to the experience in several other countries, of responsibly delivering outdoor events with social distancing, exemplary hygiene standards, qualified stewards, testing capabilities and diverse travel plans, operating in some of the most technologically advanced venues in the world.”

Tottenham has just completed a weekend top of the league for the first time since 2014 after beating Manchester City 2-0 on Saturday.