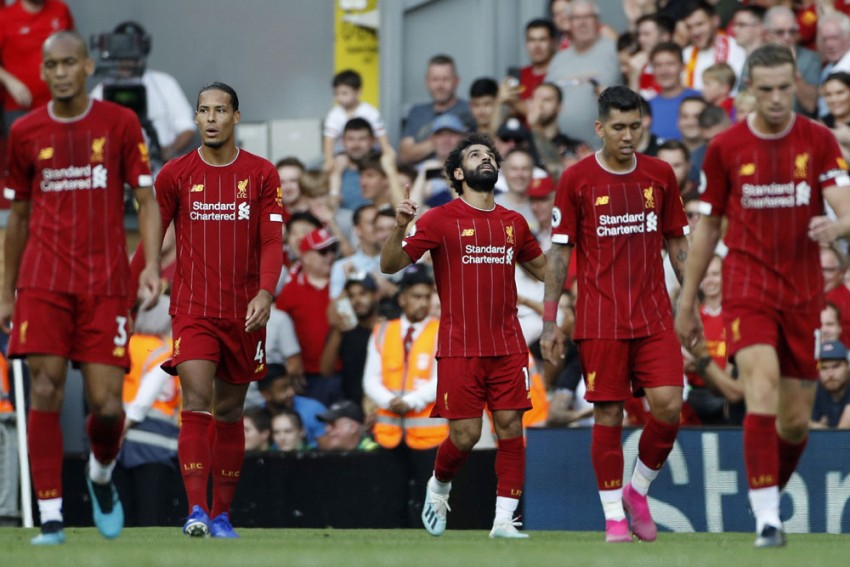 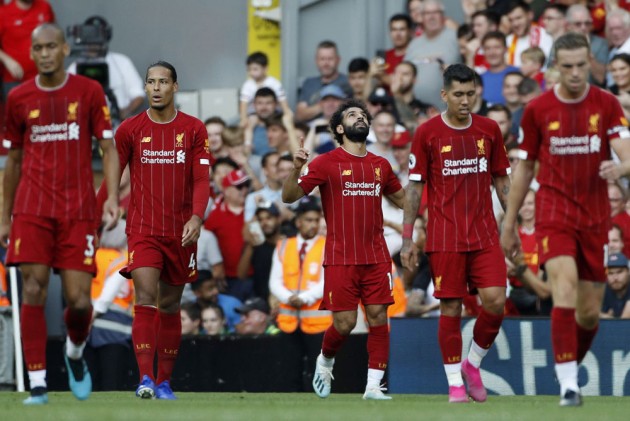 Roy Hodgson's men had taken only one point from their opening two games but triumphed 2-1 at Old Trafford, with Marcus Rashford missing the first penalty of his career.

Chelsea recorded their first victory under Frank Lampard by winning 3-2 away to Norwich City in the early game, with table-toppers Liverpool beating Arsenal in the late kick-off.

Prior to the game at Anfield, all five away teams won in the top flight on Saturday - Southampton, Leicester City and West Ham defeated Brighton and Hove Albion, Sheffield United and Watford respectively.

Liverpool's 12th Premier League victory in a row, a club record, ensured they maintained a 100 per cent record this season, the Reds moving three points clear at the top by downing Arsenal 3-1 at Anfield.

Joel Matip's header opened the scoring before half-time, after which Mohamed Salah struck twice as David Luiz found himself unable to cope with the Egypt superstar.

Substitute Lucas Torreira grabbed a late consolation for the Gunners, but they have conceded 25 times in seven Premier League visits to Anfield, losing on their last four trips.

PENALTY PROBLEMS PERSIST FOR SOLSKJAER'S SIDE

United dominated at home to Palace, yet lost Luke Shaw to injury and found themselves beaten by a pair of goals scored on the break – securing Palace their maiden Premier League victory at the home of the Red Devils.

Having been pegged back at Wolves on Monday, United again struggled for attacking fluency. Rashford endured a difficult day in attack and Jordan Ayew's first-half goal opened the scoring against the run of play.

Replays appeared to show United should have been given a penalty when Martin Kelly seemed to drag Anthony Martial to the ground in the box, but they could not take advantage when Paul Tierney did point to the spot when Luka Milivojevic felled Scott McTominay.

Paul Pogba failed to score a penalty at Molineux after Rashford threw him the ball and this time the England striker stepped up, his effort crashing back off the inside of the post.

United did level late on, Daniel James curling home a beauty after he was booked for simulation for the second time this term, but Palace snatched it at the death when David de Gea let Van Aanholt's drive through his hands.

YOUNG LIONS GET LAMPARD UP AND RUNNING

Chelsea were winless in their first three games under Frank Lampard but triumphed in a five-goal thriller at Carrow Road thanks to two of their youngsters.

Mason Mount scored for the second Premier League game in a row yet it was Tammy Abraham who grabbed the headlines with a brace, including the winner.

Norwich equalised twice, the second time thanks to Teemu Pukki's fifth Premier League goal of the season, but were overpowered by the Blues in the end.

HALLER OFF THE MARK AS WATFORD LOSE AGAIN

Sebastien Haller scored his first Premier League goals as he scored twice in West Ham's 3-1 win at Watford, with Javi Gracia's side bottom of the table following a third straight defeat.

Southampton were also without a point after two matches but Moussa Djenepo inspired them to a 2-0 victory at 10-man Brighton, scoring within two minutes of his arrival as a second-half substitute after Florin Andone's red card. Nathan Redmond wrapped up the result in added time.

Leicester claim their first #PL win of the season thanks to a thunderbolt finish from Harvey Barnes#SHULEI pic.twitter.com/ArpO4HTvbj