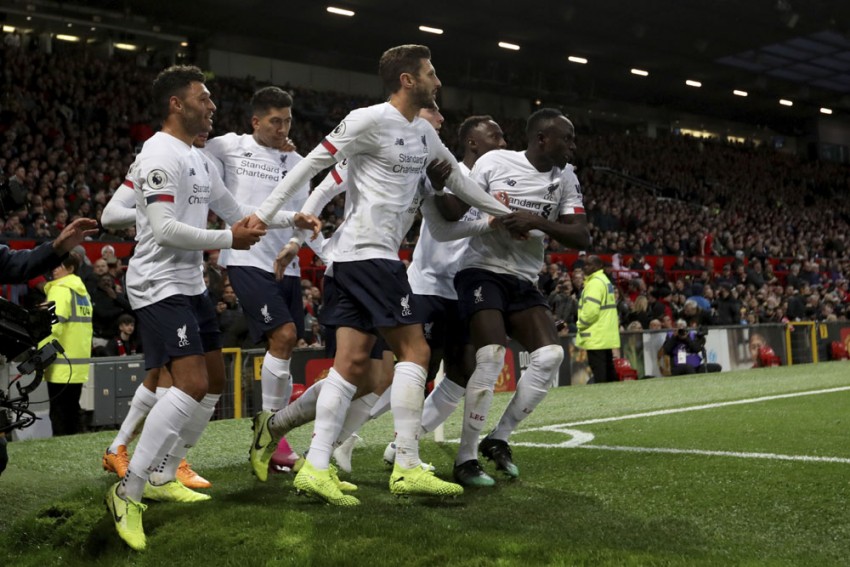 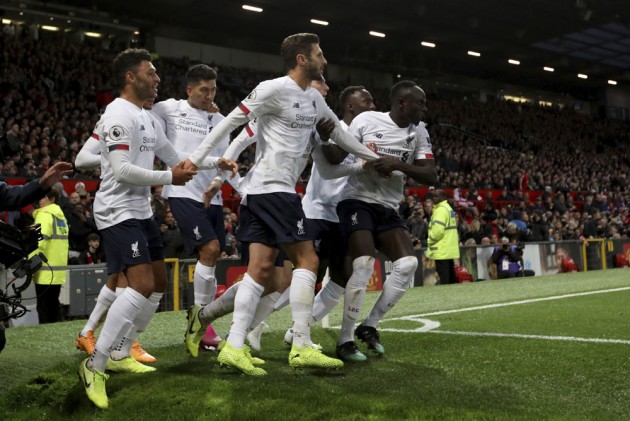 Jurgen Klopp was concerned the pre-match media coverage of Liverpool's trip to Manchester United had made the clash "a banana skin" and, were it not for their hosts' late lapse, the Merseysiders' unbeaten run would have come to an abrupt end. (More Football News)

In the lead up to Sunday's solitary Premier League contest, much of the focus had revolved around the clear and obvious gulf in quality between the two sides.

Liverpool started the day five points ahead at the summit while United found themselves just one clear of the relegation zone – it's arguable there hasn't been such a difference in quality between them in the Premier League era.

Yet, Liverpool's first-half performance belied that of a side who were out to equal the division's record of consecutive wins and unbeaten in 25. They were failing to live up to the media's hype.

There was a nervousness about Jurgen Klopp's men that is rarely seen – without the injured Mohamed Salah, the onus was on Sadio Mane to be the inspiration, but even he appeared to shy away from running at the notoriously rash Marcos Rojo.

2 - Ole Gunnar Solskjær is the only manager Jürgen Klopp has faced more than once in the Premier League and failed to beat (P2 W0 D2). Wheelie. pic.twitter.com/oixY0pbHkG

They were profligate, too, with Roberto Firmino slicing an effort horribly before hitting a feeble effort at David de Gea when teed up by Mane.

Ole Gunnar Solskjaer's setup was effective at causing some discomfort for Liverpool at the very least. A back three meant wing-backs Aaron Wan-Bissaka and Ashley Young were pushed high, therefore limiting the impact of the usually influential Trent Alexander-Arnold and Andy Robertson.

"United need a reaction. What we've seen this season, there's no evidence that they're going to win this game," former Red Devils captain Roy Keane told Sky Sports before kick-off, with fellow pundit Jose Mourinho later suggesting their only hope would come from "heart" and desire.

Marcus Rashford displayed both in abundance. The England international's pace and direct running caused each of Liverpool's centre-backs moments of panic.

But his predictability in terms of movement in the penalty area remained notable when failing to anticipate a free-kick delivery towards the near post, making no effort to get in front of Robertson, who cleared.

He didn't make that mistake again, however. With Daniel James released up the right flank, Rashford darted into the box and made movement towards the near post in front of Joel Matip, before then jinking in behind and prodding home the cross.

That NOISE from Old Trafford when we took the lead! #MUFC #MUNLIV pic.twitter.com/jtp7oIV8uH

It was a laudable departure given the criticism often levelled at him, while it also highlighted his effectiveness on the big stage – it was Rashford's 11th Premier League strike against the so-called 'big six', representing 35 per cent of his goals in the top flight.

The goal won't be remembered or greatly discussed for Rashford's movement, however, rather the VAR farce that allowed for it to stand in the first place, for the shaky Victor Lindelof had seemingly fouled Divock Origi when winning the ball back for the hosts. Klopp went berserk and it was easy to understand why.

"VAR can be used to overturn a subjective decision if a 'clear and obvious error' has been identified," according to the Premier League's handbook on the technology, yet Liverpool were not spared, sparking further questions of its use in England.

VAR then denied Liverpool at the other end in the second half, when Mane handled the ball en route to finding the net. As frustrating as that situation may have been for the away side, Lindelof's haplessness in the move did provide encouragement.

For all the negative noise around United this term, the defence is the one area of the team to retain a semblance of pride, with only Liverpool and Sheffield United conceding fewer than them.

But Lindelof's awkwardness in that moment was a sign of things to come, even if the Swede wasn't ultimately to blame.

A poor cross from Robertson late on was allowed to sail through the United area and find Adam Lallana for an easy finish at the back post, Rojo having mystifyingly let the ball go past him in the six-yard box.

Nevertheless, Liverpool were rewarded for their persistence and clinched a point when they previously looked devoid of craft.

Perhaps Klopp's charges slipped up to a certain extent, but this particular banana skin surely won't be looked back upon as a turning point in the title race.

Perhaps Klopp's charges slipped up to a certain extent, but this particular banana skin surely won't be looked back upon as a turning point in the title race.