England snatched the bio-secure series 2-1 after losing the first test by 113 runs in Southampton, Vs West Indies. 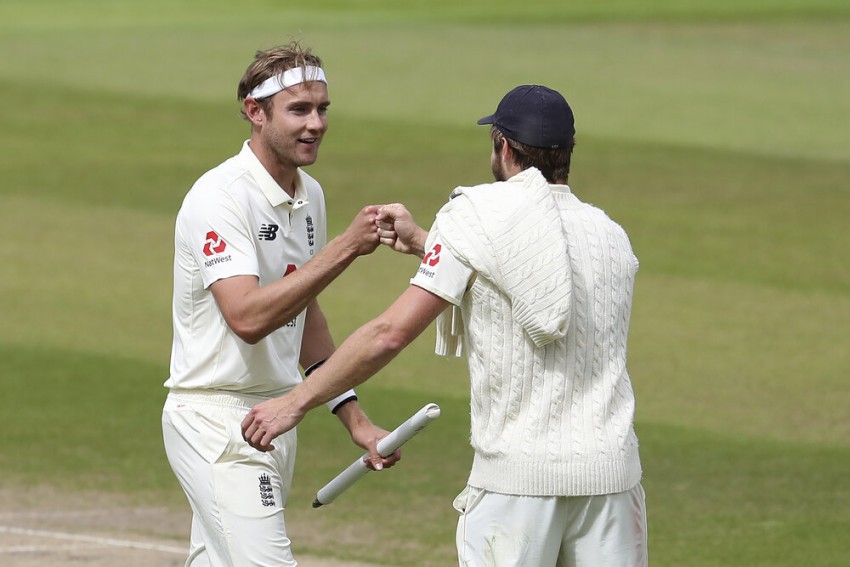 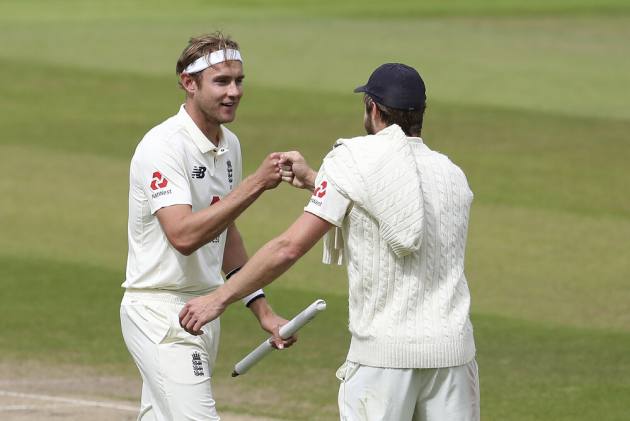 England won the first cricket series in four months when it defeated the West Indies in the deciding third test by 269 runs on the last day Tuesday at Old Trafford.

England snatched the bio-secure series 2-1 after losing the first test by 113 runs in Southampton.

The West Indies, resuming the fifth and last day on 10-2, had a tall order to bat out the day to force a series-saving draw, any hope of making 399 to win long gone.

The weather wasn't going to save the tourists, either, though they stopped for showers three times.

The visitors lost three wickets in the morning session, and the rest within 90 minutes after lunch to be all out for 129.

Fast bowler Stuart Broad's first wicket of the day made him the seventh man in test history to claim 500 test wickets.

In between the milestones, Chris Woakes bowled for 11 straight overs and took 5-50.

A run out bagged the other West Indies wicket.

It was a bad end for the West Indies, but the team deserved kudos for agreeing to travel to one of the world's worst hotspots in the pandemic, following the health protocols, and contributing to a gripping contest.

Cricket's first international action since March saw the West Indies win the first test, and England the second. Both went down to the last day.

For this third test, England chose a four-man pace attack and the West Indies couldn't resist, falling for 197 and 129 against England's 369 and 226 declared.

It was the first time since 1912 that England pacers took 50 wickets in a three-match series.

Broad, angry at being dropped for the first test, proved his point by setting up this victory on Sunday. He took four wickets to finish off the West Indies first innings, then the first two of the second innings in the evening to end West Indies' slim hopes of batting to win. Instead, the tourists were made to bat to survive.

The washout on Monday merely delayed England's march to victory, and the last day had an air of inevitability.