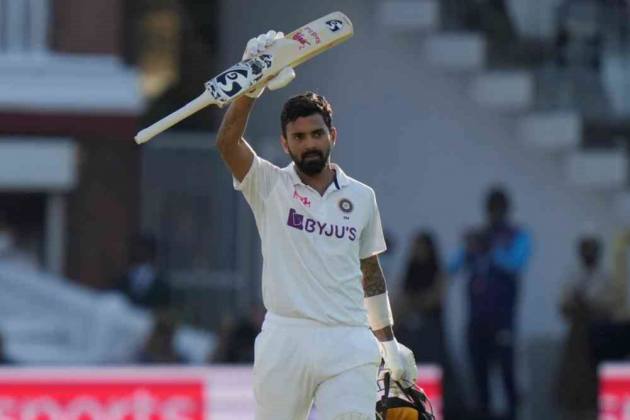 KL Rahul put India in a strong position with an unbeaten century on Day 1 of the 2nd Test between England and India at Lord’s. DAY 1 HIGHLIGHTS | SCORECARD |  NEWS

Rahul and Rohit Sharma added 126 runs for the first wicket giving India a perfect platform to drive home the advantage on the second day of the Test match. India were comfortable at 276 for 3 at stumps. Rahul scored 127 in 248 balls inclusive of 12 fours and a six.

“It the best I have seen KL (Rahul) bat. He was very much in control from ball one and at no given point it looked like he was confused. Today was his day and he really made it count,” Sharma said in the post match comments.

"At no given point, it looked like he was thinking too much. He was very clear with his plans and when you trust your plans, it definitely works," Rohit said.

Rahul was drafted in as an opener after regular opener Mayank Agarwal got injured just before the 1st Test match. Rahul scored 84 and 26 in the first Test match that ended in a draw.

India were off to a steady start and Rohit said the wicket was not easy to bat on.

“Challenge of Test cricket is that you may have lot of shots but seeing the conditions you cut down on shots and once you get feel of pitch and condition you try and play,” Sharma said, who was out for 83 off 145 balls studded with 11 fours and a six.

Rohit's own innings laid the foundation and he seemed happy that both him and Rahul were able to control their minds while facing the new ball and cut down the risky shots.

"We respect the conditions here and it's also important to go out and implement plans. That is something us as a batting group have done reasonably well -- right from Australia tour to today."

He feels that batsmen now understand their roles better.

"Our batters now understand their role which is the most important thing and I think they are playing by their roles."

When asked what kind of discussions he had with Rahul as they opened in England for the first time, the answer was a signature Rohit.

"Unfortunately, he (Mayank) got hit on his head and he missed out due to concussion and then only KL stepped in. Once we went out to bat, we were discussing about what we need to do and things like that. Yes, first time I have played with KL in Test cricket but I have batted with him a number of times."

Battling testing conditions can feel very lonely and if the batting partner is communicative, it makes the job a lot easier.

"We know each others games and we understand each others' games. And it's important to keep talking in the middle. It can be very lonely out there, if you are not communicating and I feel it's nice to have a partner who is willing to communicate and take the game forward.

"KL and myself -- our mindsets are pretty similar and we want to take the game forward."

While he doesn't consider his innings as the best he has batted overseas, he does feel that it was the most challenging one.

"I wouldn't say the best innings because as long as you play you will have lot of opportunities but certainly the most challenging one. I felt very good, really happy with the way we started off and unfortunate dismissal bit we couldn't have done anything about it," concluded Rohit. (with inputs from Agencies)