Just before play got under way, all players and officials took a knee in a powerful gesture of support for the Black Lives Matter movement 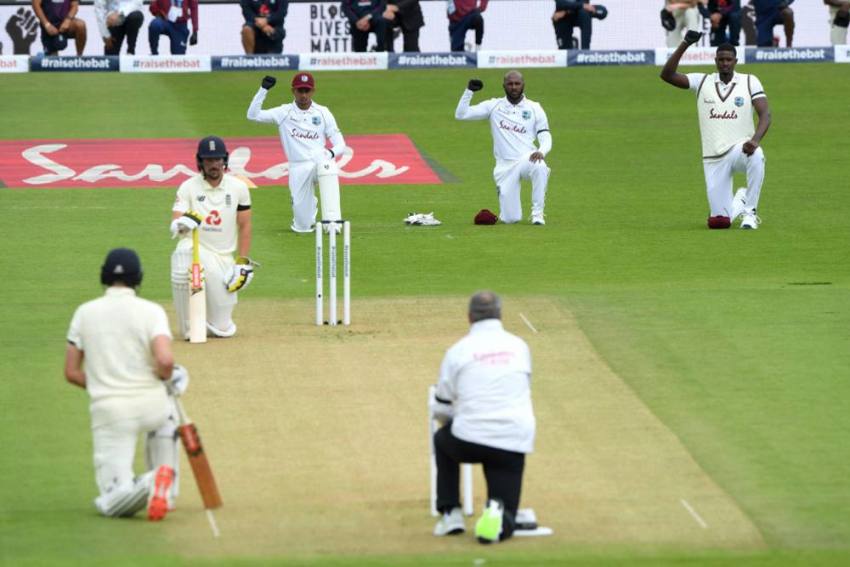 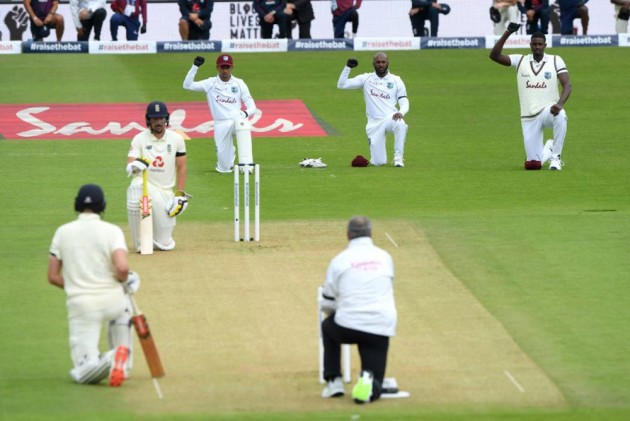 England and West Indies cricketers took a knee to support the Black Lives Matter movement before the start of the first Test match at the Ageas Bowl in Southampton on Wednesday. (More Cricket News)

The movement has been going on around the world following the death of George Floyd at the hands of a Minneapolis police personnel in May.

Just before play got underway three hours late, all players and officials stand in a moment of silence to remember those lost to coronavirus and West Indies legend Sir Everton Weekes, then took a knee. Jason Holder and his West Indies team-mates with also raised fists.

England ended Day 1 on 35/1 after the nearly three-month long break enforced by the coronavirus pandemic turned out to be a rainy affair.

Only 82 minutes of play was possible, all of it in the second session of the day in which 17.4 overs were bowled.

Kemar Roach began the attack with Shannon Gabriel and the latter dismissed Sibley off the fourth ball of his first over. The 24-year-old left a ball that swung in and hit his stumps. The umpires led the players back to the dressing rooms after the next over before they came back 20 minutes later.

The return however didn't last long as rain returned after seven balls and the players ran back into the pavilion. The action resumed almost 50 minutes later and this time, Burns and Denly saw out the spells of Roach and Gabriel.

West Indies captain Jason Holder and Alzarri Joseph replaced them and after the fourth ball of the 18th over bowled by the latter, umpires halted play and led the players off the pitch once again. Tea was called for soon after. Rains then lashed the ground and just over an hour later umpires called stumps.

Burns has made 20 runs off 55 balls while Denly is on 14 off 48. Both batsmen have hit three fours each. Gabriel remains the only wicket taker and gave 19 runs in his five overs while Roach bowled six and gave away just two.