Holder On Fire, Dismisses Stokes With A Beauty In Battle Of Top All-Rounders - WATCH

West Indies captain Jason Holder completed a five-wicket haul, his seventh and sixth in his last 10 Tests, as the visitors dominate England in the first match 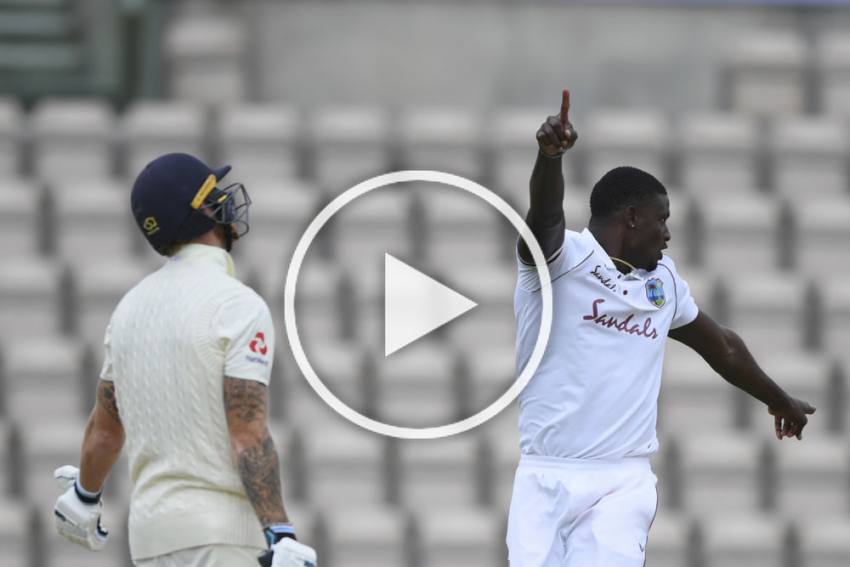 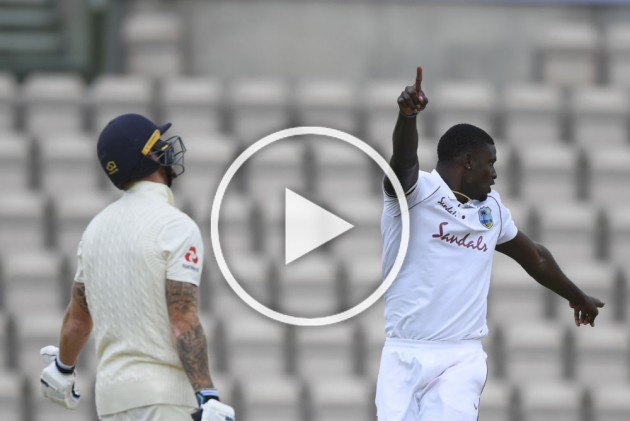 West Indies captain Jason Holder took a career-best 6-42 as England was bowled out for 204 on the second overcast day of the first Test at the Ageas Bowl on Thursday. (More Cricket News)

Shannon Gabriel nabbed the first three wickets, Holder the next six including England counterpart Ben Stokes for a team-best 43, and Gabriel grabbed the last wicket to finish with 4-62.

Huge wicket for the tourists.

An early tea was taken with England set to repay the West Indies' batting lineup in ideal bowling conditions.

Gabriel and Holder reduced England to 106-5 at lunch.

But the break enlivened Stokes and Jos Buttler, who came out punchy and riding some luck.

Stokes, dropped on 14 by Kemar Roach on the run, was dropped again on 32 off Roach to a simpler chance by Shamarh Brooks at extra cover.

Stokes and Buttler combined for 67 and 13 boundaries in the empty arena until Holder drew Stokes forward on 43 and earned an edge behind.

Buttler, on 35, was out to another seaming ball by Holder and a low, one-handed catch behind by wicketkeeper Shane Dowrich.

When Jofra Archer was out for a duck after a West Indies review showed his front pad blocked his leg stump, Holder had his fifth wicket and taken 3-1 in 14 balls.

The five-wicket haul was Holder's seventh, and sixth in his last 10 tests.

Mark Wood on 5 slashed at Holder straight to Shai Hope at gully, and Holder would finish the innings with career-best figures of 20-6-42-6.

Bess and Anderson gave England a little lift to get past 200, but Anderson lost his off stump trying to defend Gabriel, who removed opener Rory Burns (30) and Joe Denly (18) in the morning.