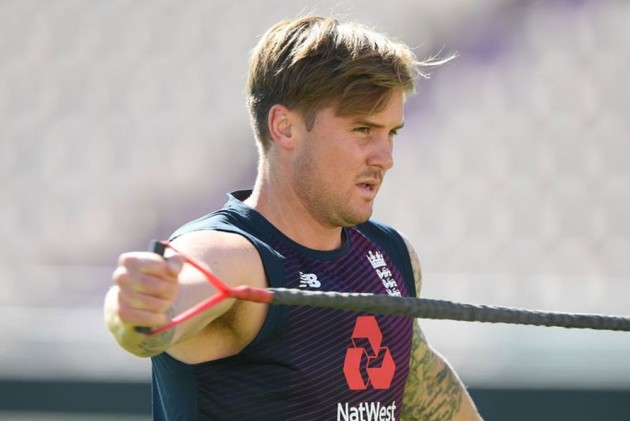 England will be without one of its most explosive batsmen for the upcoming Twenty20 International series against Pakistan after Jason Roy was ruled out of all three matches because of a left side strain. (More Cricket News)

The opener was hurt during practice at Old Trafford this week, and had a scan on Wednesday which revealed the injury.

Roy will remain with the England squad and look to recover in time for the white-ball series against Australia in Southampton starting Sept. 4 with the first of three T20s.

England didn't say if a replacement would be called up for Roy.

England's first T20 against Pakistan is on Friday, followed by further games on Sunday and Tuesday.