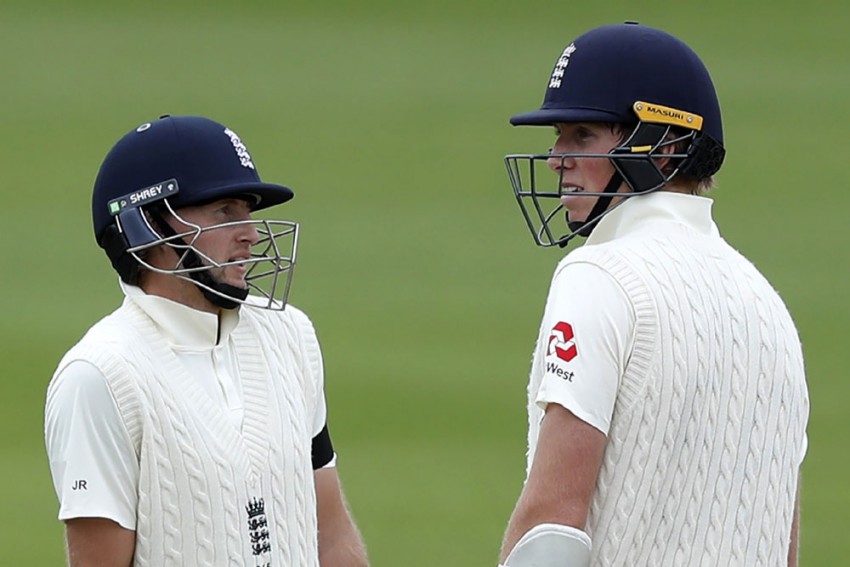 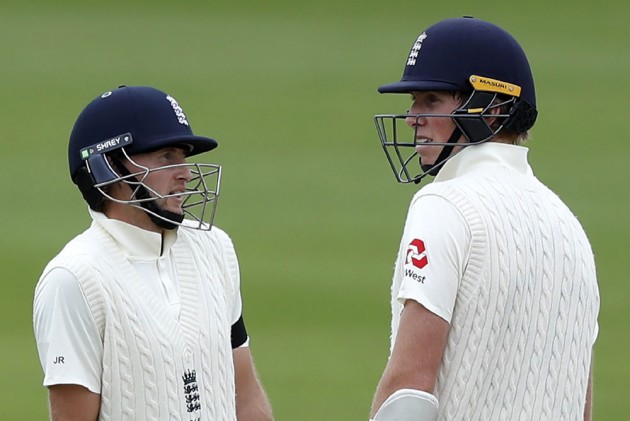 England batsman Zak Crawley has admitted that he was nervous after reaching his 90s but having the company of a "calm head" like Jos Buttler helped him conquer his nerves en route his maiden century on the first day of the third Test against Pakistan in Southampton. (More Cricket News)

Playing in his eighth Test, Crawley hit an unbeaten, career-best 171 as he and Buttler (87 not out) shared an unbroken fifth-wicket partnership of 205 to put England in control after closing the opening day on 332 for 4.

"When I was about 91, I was really nervous. Jos didn't think I was, so I must have been hiding it pretty well!," said Crawley.

"It was handy batting with Jos - he's a very calm head and he's always telling you to keep switched on. I think that's why we managed to get a good partnership today," he was quaoted as saying by Skysports.

"It was the best feeling I've had on a cricket field - hopefully there's a few more to come."

The 22-year-old right-handed batsman said he had thought of keeping the hundred out of his head but could not do it completely.

"Luckily when I got to about 70 I calmed down a bit, but that period in the middle I played a couple of rash shots and managed to get through that.

"Jos batted great as well and made it easy for me. It was an unbelievable feeling, to see everyone else up there on the balcony, clapping - it almost flashed before my eyes, my whole career so far."

The partnership between Crawley and Buttler turned the opening day firmly in England's favour after leg-spinner Yasir Shah had taken two wickets to reduce the home side to 127 for 4.

Crawley acknowledged that his innings of 53 in the second Test had helped him to lay the foundations for his marathon knock this time around.

"It was challenging because he (Yasir) is quite small and gets low bounce. He bowls this ball which feels like it's quite short. It does you and gets you when you go back to it, which I did on quite a few occasions but managed to get a bit of bat on it," he said.

"But it was nice to get a look at him the other night and that made it a lot easier today. I had a much clearer game plan of how I wanted to go about it after the other game, so it was definitely beneficial."