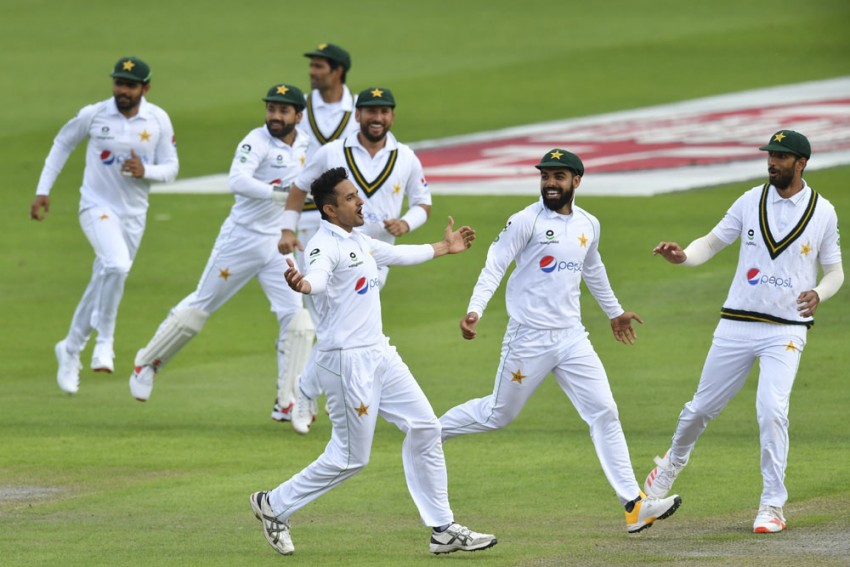 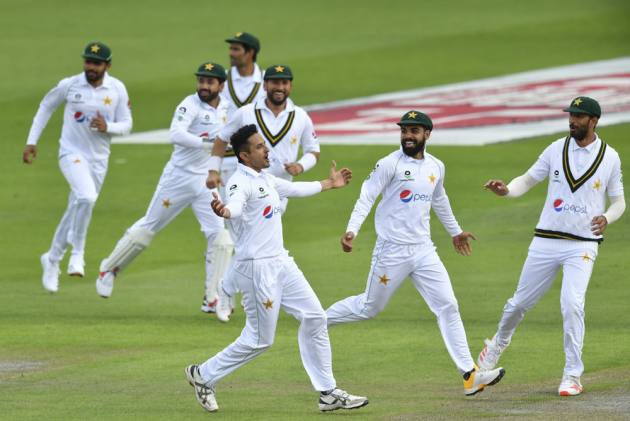 Star batsman Babar Azam was removed by James Anderson without adding to his overnight 69 as England checked Pakistan's day-one momentum with impressive discipline during the morning session.

But the indefatigable Masood remained and found a willing ally in Shadab Khan (45) before the century-maker became the ninth man to fall, making 156 out of 326 all out.

New ball pair Shaheen Afridi and Mohammad Abbas then removed England openers Rory Burns and Dom Sibley cheaply, both lbw, before Abbas cleaned up Ben Stokes for a duck with a sensational delivery.

We have lost three early wickets against the new ball.

Captain Joe Root's 58-ball stay yielded 14 runs before he was out caught behind, cutting leg-spinner Yasir Shah, meaning the bulk of England's hopes rested with Ollie Pope (46 not out) as they closed on 92-4 – 234 in arrears.

After an underwhelming Wednesday outing on his home ground, Anderson (1-63) was bang on the money in the first over of the day and tempted Babar into a drive he edged to Root at first slip.

Broad (3-54) accounted for Asad Shafiq in similar fashion, with Stokes the catcher, and the similarly assured Chris Woakes (2-43) had Mohammad Rizwan caught behind by Jos Buttler, who endured an otherwise torrid innings with the gloves.

England had a sniff of Pakistan's vulnerable lower order but Shadab put on 105 for the sixth wicket with Shan, who reached a fourth Test century, and third in as many outings, off 251 deliveries.

Shadab slapped Dom Bess to Root at midwicket with 50 in sight, which was Shan's cue to put his foot down as Jofra Archer (3-59) and Broad split the tail between them – the latter having implored in inimitable fashion for the centurion's scalp.

Shaheen's pace and Abbas' wily precision got Pakistan quickly stuck into the England middle order, with Stokes losing his stumps when driving at a majestic delivery that decked away from him.

Pope found a fluency that eluded his captain, meeting the challenge of considerable speed and skill with a nicely judged counter-attack he must now build substantially upon.