England finally justified the favourites tag by thrashing New Zealand to make the semifinals for the first time since 1992, and joined Australia and India in the last four of the ICC Cricket World Cup 2019 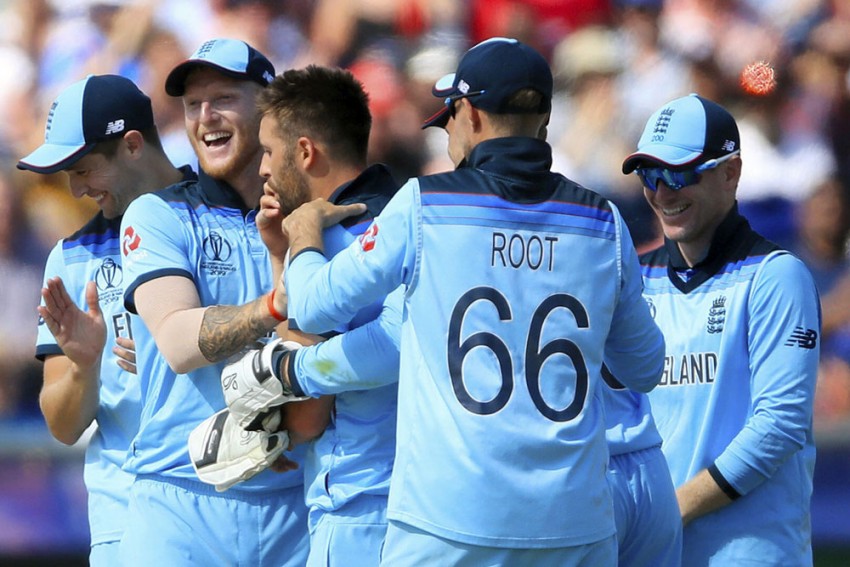 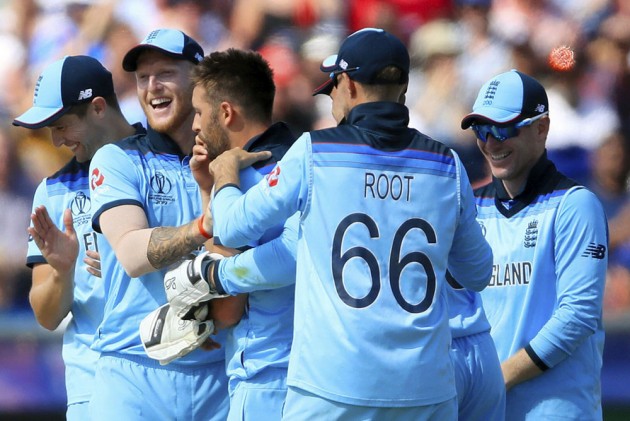 England entered the ICC Cricket World Cup 2019 semifinals for the first time since the 1992 edition, beating an erring New Zealand by 119 runs at Riverside Cricket Ground, Chester-le-Street on Wednesday to fuel their "dream" of winning a maiden title.

Jonny Bairstow, who smashed 106 off 99 balls to become the first Englishman to score back-to-back hundreds in a World Cup, was mainly responsible for taking the hosts to 305 for eight on a pitch that got slower as the game progressed.

New Zealand did well to limit England to a little over 300, considering the start provided by Bairstow and Jason Roy (60 off 61) who shared an entertaining 123-run stand after Eoin Morgan opted to bat.

However, moments of brilliance from England and some ordinary cricket from the Black Caps led to their downfall as they folded up for 186 in 45 overs.

New Zealand, who lost their last three leagues games to end with 11 points from nine games, remain in the hunt to clinch the fourth and final semifinal spot.

They have a much better net run rate than Pakistan who have nine points and must beat Bangladesh by a big margin in their final league match to have any hopes of pipping New Zealand for the remaining semifinal berth.

England, on the contrary, have got their act together following the defeats against Sri Lanka and Australia. The pre-tournament favourites again look like the team to beat having gotten the better of India and New Zealand. If things stand on the points table as they are, second-placed India will meet third-placed England in the semifinals.

A professional performance on Wednesday have raised hopes of England finally winning their maiden World Cup following heart-breaking losses in three finals (1979, 1987 and 1992).

New Zealand, who lost to England for the first time in a World Cup since the 1983 edition, were virtually out of the game after losing their top four for 69 runs. Both their key players, captain Kane Williamson (27) and Ross Taylor (28), were run out to leave their team in deep trouble.

Williamson, who was backing up too far, was rather unlucky as Mark Wood found a deft touch on his follow through. In the following over, Taylor went for a risky second run which was avoidable at that juncture of the game. The fatal run-outs came after New Zealand lost their openers, Martin Guptill and Henry Nicholls, early in the chase to leave them at 37 for two in 10 overs.

Earlier, Bairstow, who had smashed 111 against India in England's previous contest, raced to his ninth ODI hundred, to lay a perfect platform in a virtual quarterfinal.

Openers Jason Roy (60 off 61) and Bairstow were in punishing mood, sharing a century stand for the second game in a row. Bairstow looked in ominous touch again, hitting as many 15 fours and a six in his enthralling knock.

With England cruising at 194 for one in the 31st over, it seemed the home team would bat New Zealand out of the game.

But New Zealand fought their way back into the game on the back of some tight bowling.

Trent Boult (2/56) was impressive again and removed Joe Root (24) just at the right time to trigger a mini-collapse that also led to the fall of centurion Bairstow and the dangerous Jos Buttler (11), leaving England at 214 for four.

Spinner Mitchell Santer, who had opened the bowling, then removed the in-form Ben Stokes (11) to make it 248 for five.

The onus, then, was on captain Eoin Morgan to come up with the late fireworks, but he too perished after scoring 42 off 40 balls.

New Zealand were dealt a severe blow before the start of the game with pacer Lockie Ferguson being ruled out due to a hamstring injury. Tim Southee, playing his first game of the tournament, leaked 70 runs in nine overs.