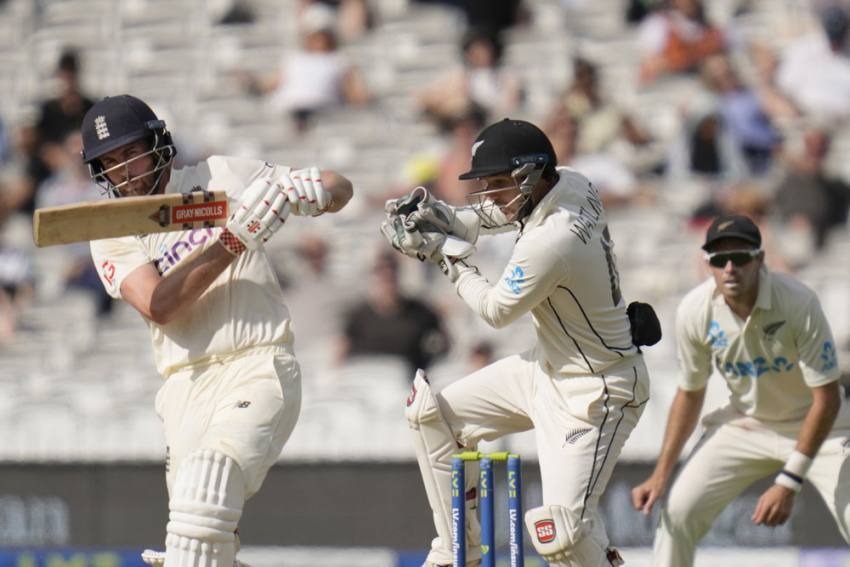 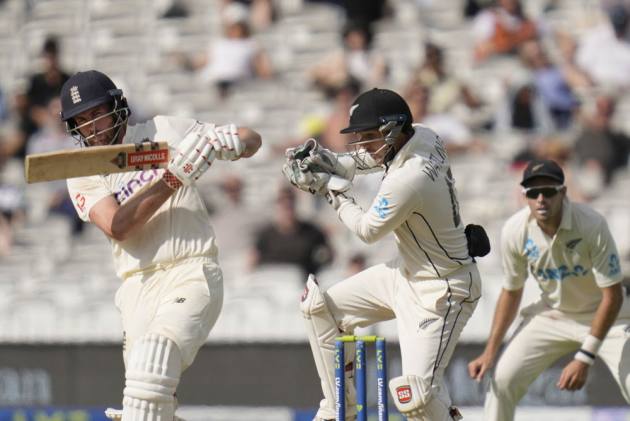 There was no Sunday drama at Lord's on this occasion as England dug in for a drab draw in the first Test against New Zealand.

On the same ground where England beat the Black Caps in an incredible ICC World Cup final two years ago, Kane Williamson's side were unable to force a final-day victory.

The tourists set Joe Root's home team 273 to win when they declared on 169-6 at lunch, but New Zealand could not take a 1-0 lead in the two-match series as Dom Sibley ground out an obdurate unbeaten 60.

Root (40) also frustrated New Zealand, with England showing no intention of chasing down their target and they were 170-3 when the two captains shook hands after 7pm in London, so both sides will head to Edgbaston next week in the hunt to win the series.

Our first Test of the summer ends in a draw

Great to be back @HomeofCricket in front of fans

The series will be decided at Edgbaston next week

Nightwatchman Neil Wagner was removed by Ollie Robinson early in the day after the tourists resumed chasing quick runs on 62-2 and New Zealand were 105-4 when Stuart Broad trapped Tom Latham (36) leg before.

Ross Taylor made a brisk 33 from 35 balls, hitting Robinson and Mark Wood for six, before edging the latter behind, and Henry Nicholls was dismissed by Root for 23.

Williamson declared after lunch was taken slightly early due to a shower, but a breakthrough proved to be elusive at first when play resumed.

It was Wagner who came into the attack to end an opening stand of 49, Tim Southee holding on at second slip after the seamer drew an edge from Rory Burns (25).

England were 56-2 just before tea with Zak Crawley sent on his way by Southee for two, and the impressive Wagner ended a third-wicket stand of 80 by snaring Root lbw, but New Zealand could not see the back of Sibley or Ollie Pope (20 not out).

There was relief for England paceman Broad when he ended a long wait for a Test wicket in the morning session.

Broad did not add to his impressive tally of Test scalps in the series defeat in India and his dismissal of Latham was his first in the longest format for 81.2 overs. Sri Lanka's Angelo Mathews was his previous victim in January.

Positive Williamson declaration not rewarded as Sibley returns to form

The draw left New Zealand still with only one Test victory at Lord's, which came back in July 1999. Williamson's positive declaration did not pay dividends as England ground out what was ultimately a drab draw.

It was a welcome return to form for the stubborn Sibley, who faced 207 balls as he showed great application after falling for a duck in the first innings.