England fought back from 62/5 to take a 99-run lead. But India reduced the deficit to 56 runs at the end of the second day's play of the 4th Test at Oval, London 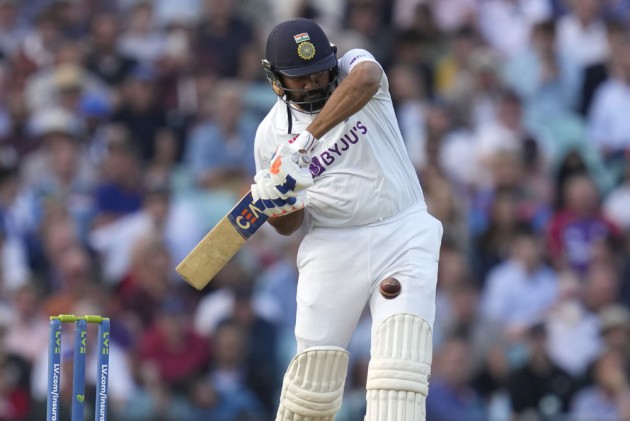 India allowed Ollie Pope and Chris Woakes to earn a substantial 99-run first innings lead for England on day two of the fourth Test at the Oval, London leaving their star-studded batting line-up to rise to the occasion in the second essay after a string of indifferent performances.

In the absence of Mohammad Shami, the Indian pace attack did not seem potent enough on the day and was unable to put sustained pressure on the batsmen.

From a precarious 62 for five, England staged a remarkable recovery to score 290 on a pitch getting better for batting with each session.

But despite losing the initiative, India are still in the match after restricting the English lead to less than 100.

The men responsible for giving England the upper hand in the game were Ollie Pope (81 off 159) and Chris Woakes (50 off 60) whose attacking innings in the final session could well prove to be the difference in the match.

India batting, which has let the team down often in overseas conditions and also in the series so far, will have to find a way to score at least 300 plus in the second innings.

The openers Rohit Sharma (20 batting) and K L Rahul (22 batting) made a promising start, taking India to 43 for no loss in 16 overs at stumps on day two. They still trail England by 56 runs.

Rohit got a life on 6 when he Rory Burns failed to sight a regulation catch at second slip.

Considering the batting friendly conditions at The Oval, the batsmen, especially the struggling middle-order, will be expected to deliver and keep India in the game.

India's third and fourth choice pacers -- especially Mohammad Siraj and Shardul Thakur, were not able to maintain pressure put by Umesh Yadav (3/76) and Jasprit Bumrah (2/67) early in the England innings.

England were bowled out after tea with Woakes getting run out after a destructive knock comprising 11 fours.

The pitch played true allowing the England batsmen to hit on the up.

Pope, playing his first match of the series, showed an attractive range of strokes including on the up straight drives and cover drives.

England led India by 36 runs at the tea break. The first wicket of the session came through Siraj, who trapped Jonny Bairstow (37) with his stock ball -- the nip backer -- in the fifth over after lunch. That also brought an end to an entertaining 89-run stand between Bairstow and Pope.

Pope then got together with Moeen Ali (35) to give England the upperhand. The two shared a 71-run stand and before a well-set Moeen played a poor shot off Ravindra Jadeja to throw his wicket away. The attempted slog sweep went straight into the hands of the cover fielder.

In the morning session, Umesh struck twice in the first hour of play before a counter-attacking stand between Bairstow and Pope took England to 139 for five at lunch. England scored 86 runs in the 25-over session.

Umesh, perennially in and out of the playing eleven and featuring in his first Test in nine months, was impressive in his opening spell after taking the prized wicket of Joe Root on Thursday.

He got his 150th Test wicket in his first over of the day after nightwatchman Craig Overton slashed one hard only to edge it to Virat Kohli at first slip.

Dawid Malan (31 off 67) once again batted fluently until Umesh, coming from around the wicket, got one to slightly straighten to take the outside edge and Rohit Sharma took a brilliant diving catch at second slip, leaving England at 62 for five.

With Bumrah also applying pressure from the other end, England managed to score only 25 runs in the first hour in which 12 overs were bowled.

However, the momentum shifted drastically in England's favour after the drinks break as Shardul Thakur conceded four boundaries in his over with three of them coming from Pope's blade.

One was a delightful straight drive and was followed by a flick between the mid-on and mid-wicket arc. With the pitch not offering much help to the pacers, Thakur paid the price for bowling a bit too full.

The next over, Bairstow collected three boundaries off Siraj, who too wasn't at his best.

Pope batted with supreme confidence and struck a gorgeous cover drive off Bumrah towards the end of the session.