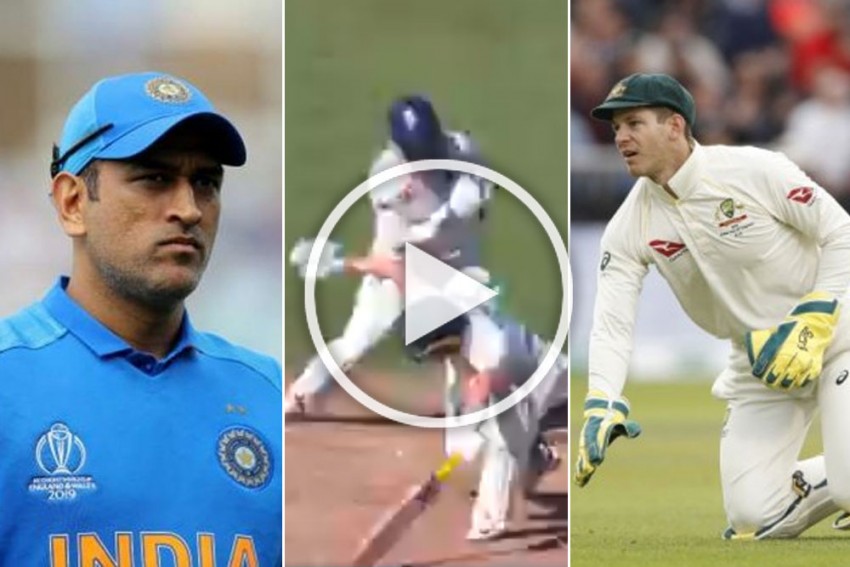 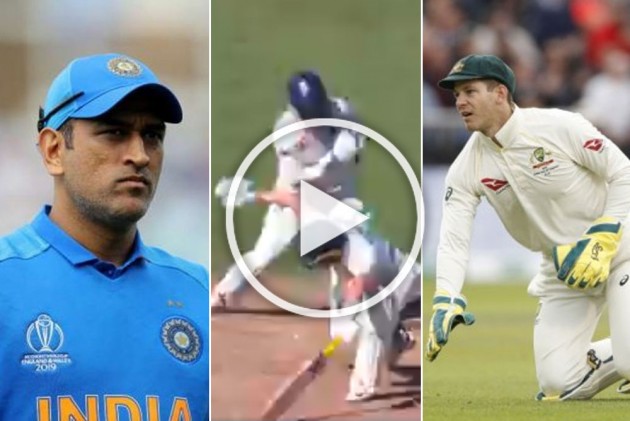 Mahendra Singh Dhoni is taking a sabbatical from cricket actions amidst unfounded rumours of his retirement. But the former India captain's legend rippled through the Ashes 2019 as Australia in the fifth and final Test match on Sunday to level the series at The Oval, London.

First, Australia captain Tim Paine admitted to having a "(night)mare of a time" after messing up his DRS calls. In a cheeky reaction, former India opener and commentator Aakash Chopra said, Paine should "give a call to Dhoni" and "see if he's ready to take students".

Asked in a media conference after third day's play, what he can do to improve his judgment, Paine rather humbly said that he's "going to do some umpire school" when he gets home.

And what better school to join than the Dhoni school, whose name is synonymous with DRS.

Then, on the penultimate day of the series, England wicket-keeper Jonny Bairstow produced a sharp stumping to send Marnus Labuschagne back off the bowling of Jack Leach, which prompted fans to invoke Dhoni's name. So impressed with Bairstow's work, some fans even asked if Dhoni was around.

Sharp by Bairstow and English standards.

Chasing a 399-run target, Australia were folded for 263 in the fourth innings as England salvaged a 2-2 draw in the five-match series. But the Aussies retained the urn.

Meanwhile, the rumours surrounding Dhoni's retirement was put to rest by the BCCI chief selector MSK Prasad while announcing the Indian Test team for the upcoming home series
against South Africa.

Earlier, the rumour got traction after a seemingly innocuous social media post by India captain Virat Kohli gave fire to the imaginations of cricket fans.