Test captain Joe Root has not been named in England's T20 squad to face Australia, while Jason Roy remains sidelined for now 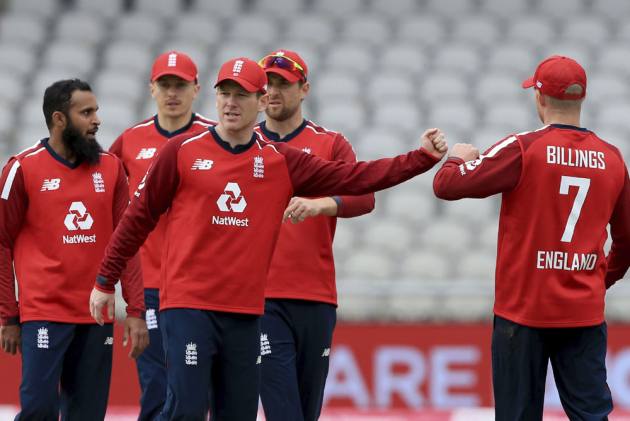 Joe Root has been left out of England's squad for the Twenty20 International encounters with Australia, while Jason Roy will hope to prove his fitness to return in the ODI series. (More Cricket News)

Root has not played for his country in the shortest format since May 2019 and has been overlooked for the three-match T20 series, which starts at the Rose Bowl on Friday.

The Test captain has made an impressive start to the T20 Blast back in Yorkshire colours, having stated he has not given up on forcing his way back into squad for the T20 World Cup in India next year, but said he was realistic over his chances.

Root has been named in a 13-man squad for the ODI series, which follows the T20s, versus Aaron Finch's side at Old Trafford.

Roy will sit out the T20s due to a left side strain that has kept him out of the ongoing series against Pakistan, but will remain in the bio-secure bubble with a view to showing he can feature in the 50-over format.

Test players Jofra Archer, Jos Buttler, Sam Curran and Mark Wood are back in both squads, while Chris Woakes is set to play in the ODI series.

Ben Stokes remains absent after flying to New Zealand to be with his family, as his father Ged has brain cancer. Fellow all-rounder David Willey was overlooked for both squads despite being man of the series in the ODIs against Ireland.

National selector Ed Smith, said: "These two series against Australia provide an exciting end to the summer. We have selected strong squads.

"We are also continuing to develop depth in preparation for the upcoming T20 World Cups."