Every driver on the grid wore a shirt with the message "end racism" on it, while 14 took a knee prior to the Austrian Grand Prix 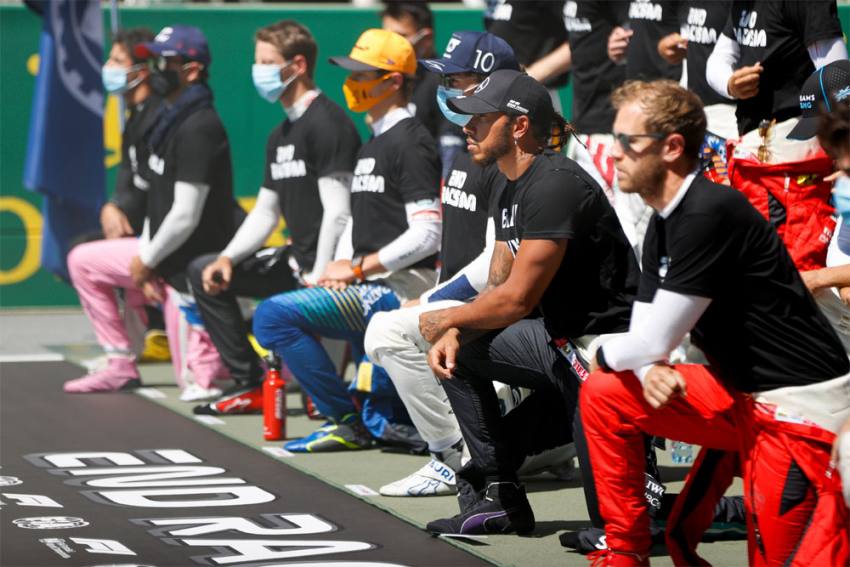 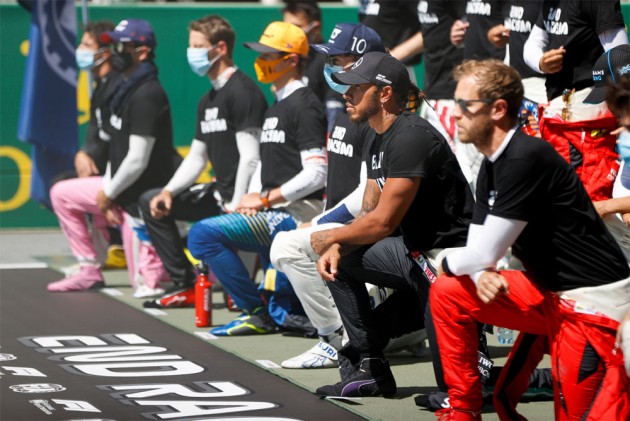 Lewis Hamilton was among the 14 Formula One drivers to take a knee ahead of the Austrian Grand Prix. (More Sports News)

All 20 drivers wore t-shirts bearing the message "end racism" when they gathered at the front of the grid, while Hamilton's also had "Black Lives Matter" written on it.

The Grand Prix Drivers' Association on Saturday said "each individual has the freedom to show their support for ending racism in their own way and will be free to choose how to do this ahead of the race start on Sunday".

A statement tweeted by F1 read: "End Racism. One Cause. One commitment. As individuals, we chose our own way to support the cause. As a group of drivers and a wider F1 family, we are united in its goal."

One cause. One commitment.

As individuals, we choose our own way to support the cause. As a group of drivers and a wider F1 family, we are united in its goal.#WeRaceAsOne pic.twitter.com/qjxYi1zWcJ

It was announced prior to the race that the FIA has donated €1million to F1's newly established foundation aimed at improving diversity.