West Indies batsman Chris Gayle was supposed to retire after the ongoing Cricket World Cup. But speaking to the media ahead of his side's clash against India, he stated that he might play a Test match against India, and the ODis too, although he was unsure about the T20Is. 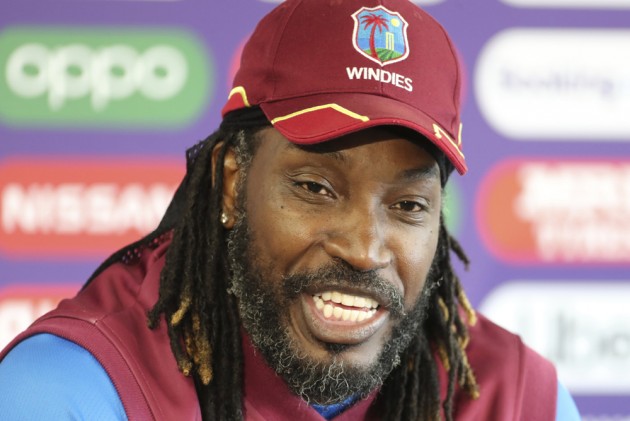 Swashbuckling West Indies batsman Chris Gayle is set to retire from international cricket after his country's home ODI and Test series against India. The matches are scheduled for August-September 2019.

The Universe Boss had originally planned to pack his bags after the ongoing Cricket World Cup, but West Indies inspiring but disappointing World Cup campaign may have motivated him for another run at international silverware.

The 39-year-old will play his last international fixture against India – a Test – on home soil, in Jamaica. The match will start from August 30.

Gaylestorm had earlier announced that he would call it quits after the World Cup.

Speaking to the media ahead of his side's fixture against mighty India, Gayle said, "It's still not the end. I still have a few games to go. May be another series to go, as well. Who knows, we will see what happens."

He stated that after the tournament, he might play a Test match against India, and the ODis too, although he was unsure about the T20Is.

Speaking to PTI, Windies media manager Philip Spooner confirmed that the fixtures against India will be Gayle's last adventure in the international setup.

West Indies will play three T20Is, three ODIs, and some Test matches against India. Also, there will two T20I matches in Florida on August 3 and 4. Also, a third T20I will be in Guyana.

Over the years, Chris Gayle has scored 7214 runs in 103 Test matches, 10345 runs in 295 ODI matches and 1627 runs in 58 T20Is. The flamboyant batsman has registered two triple hundreds in Test fixtures, a double hundred in ODIs and has also scored the first hundred in T20I format.