Federico Chiesa, Cristiano Ronaldo and Alvaro Morata were on target as Juventus sealed a comfortable win against Dynamo Kiev. 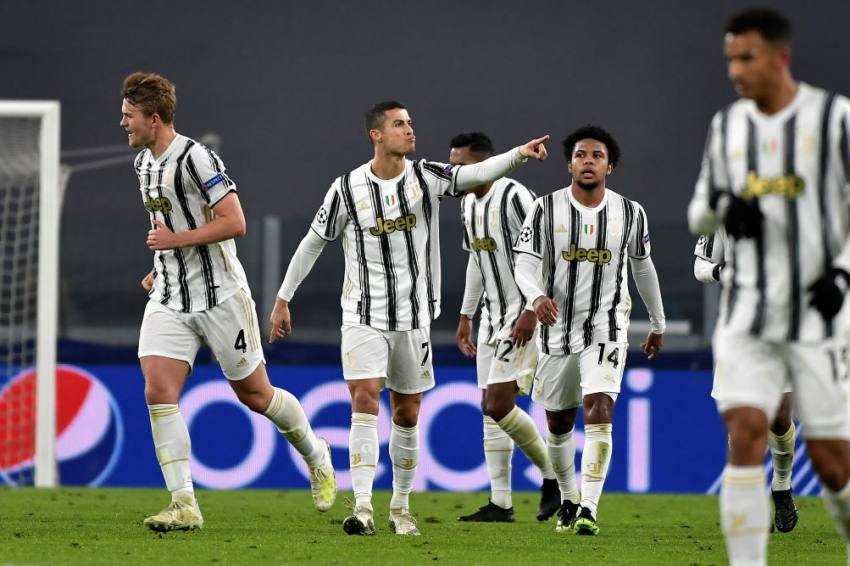 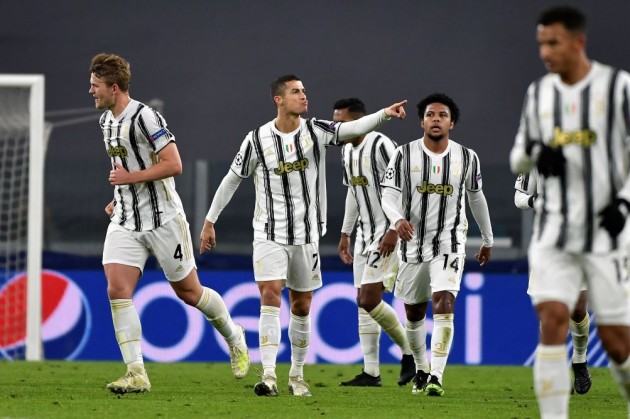 Juve, who had already qualified for the last 16 after three wins from their opening four Group G games, scarcely had to get out of second gear against Mircea Lucescu's side, with Federico Chiesa's first goal for the club midway through the first half setting them on their way.

Ronaldo then reached the latest milestone in his illustrious career, prodding home from almost on the line after 57 minutes.

Alvaro Morata sealed the routine win soon after to ensure Juve go into next week's final group game against Barcelona with an outside chance of securing top spot.

Weston McKennie and Morata were denied by Georgi Bushchan in the early stages but Chiesa got the better of him after 21 minutes to score his first ever Champions League goal.

Chiesa – who joined on an initial two-year loan deal from Fiorentina in October – met Alex Sandro's left-wing cross with a downwards header, which powered through the grasp of the Dynamo goalkeeper.

Ronaldo thundered a 12-yard effort against the crossbar after more impressive work from Alex Sandro soon after, while Wojciech Szczesny did well to thwart Viktor Tsygankov at the other end before half-time.

Bushchan pushed over a long-range Ronaldo effort after the break but the Portugal international was not to be denied shortly before the hour mark, turning in from two yards after Chiesa's cross had caused panic inside the Dynamo penalty area.

Morata had the assist for that goal and then scored for the sixth time in this season's competition after 66 minutes, the on-loan Atletico Madrid striker coolly slotting home from 10 yards after being picked out by the impressive Chiesa.

Andrea Pirlo's men were content to play out the game at a pedestrian pace after that, sealing a fifth win in six meetings against Dynamo with consummate ease.

What does it mean? Juve get back on track

After a disappointing 1-1 draw with Benevento in Serie A at the weekend, Pirlo desperately needed a return to winning ways to silence the critics. His players did the honours, brushing aside Dynamo with the minimum of fuss.

They had 17 shots to the visitors' seven and just edged the possession, enjoying 53 per cent of the ball.

Rested Ronaldo back with a bang

Pirlo said Ronaldo was rested for the Benevento game as he was "a bit tired" and there was nothing sluggish about the rested superstar on Wednesday.

He had six shots – double what anyone else on the pitch managed – made one key pass, and won four of his five duels. The one blot on his copybook, however, was losing possession a team-high 15 times.

750 - Cristiano Ronaldo scored his 750th goal among clubs and senior National team, with 10% of these being scored for Juventus. Limitless.#JuveDynamo #UCL pic.twitter.com/Mmm4Xov19x

Ramsey off the pace

Playing in an advanced role behind Ronaldo and Morata, Aaron Ramsey endured a difficult game. The Wales international had just one shot on goal, made no key passes and took just 40 touches – the joint lowest of any Juve starter.

It was little wonder he was brought off for Federico Bernardeschi shortly after the hour mark and he has now been replaced in six of his seven Juve starts this season.

- Ronaldo scored his first goal against Dynamo Kiev since November 2007. Thirteen years and 25 days is the biggest gap between goals by a player against an opponent in Champions League history.
- Ronaldo's goal was his 71st home Champions League goal, an all-time record – he overtakes Lionel Messi, who has 70.
- Chiesa scored his first goal in the Champions League, 20 years and 256 days since his father Enrico Chiesa scored his final goal in the competition, for Fiorentina vs Bordeaux in March 2000.
- Morata has the most goals by a Juventus player in the group stage since David Trezeguet also scored six in the 2001-02 first group stage.
- Dynamo Kiev have lost three consecutive Champions League matches for the first time since December 2007 (six in a row).

The Turin derby awaits Juve on Saturday with Torino visiting the Allianz Stadium, while Dynamo are in domestic action against Mariupol on the same day. They host Ferencvaros in this competition on Tuesday with third place and a Europa League spot on the line, while Juve are at Camp Nou.