The opportunity for relaxation and fun at the Blazuj camp in Bosnia's capital, Sarajevo, was made possible by a Rome-based humanitarian group 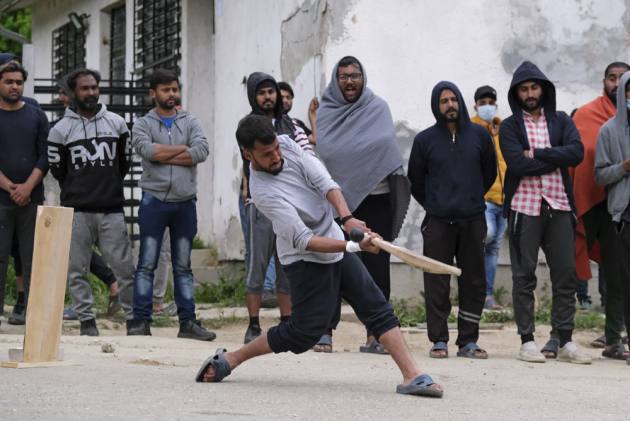 Joyful cheers echoed through an asylum-seekers camp in Bosnia this week as dozens of teenagers and young men put their daily struggles aside for a game of cricket. (More Cricket News)

Players absorbed in the match ran over an improvised pitch clutching wooden bats or throwing balls. Others supported the teams by clapping from the side, their faces radiant.

"It was a good game!" Sifet, an asylum-seeker from Afghanistan, said.

"Tomorrow we have the final tournament!" Mohammad Jahanzeb, who is from Pakistan, chimed in.

The opportunity for relaxation and fun at the Blazuj camp in Bosnia's capital, Sarajevo, was made possible by a Rome-based humanitarian group which brought in donated cricket gear for refugees and migrants in the Balkan country.

Andrea Costa, president of the Baobab Experience association, told the Associated Press that activists got the idea from the asylum-seekers themselves, particularly those coming from Pakistan, Bangladesh or India, where cricket is a national sport.

Thousands of people fleeing war and poverty in the Middle East, Africa or Asia have been stranded for months, if not years, in Bosnia while waiting for a chance to move toward Western Europe.

From Bosnia, migrants try first to cross to neighboring European Union nation Croatia, before continuing on toward wealthier EU countries.

"Speaking with many young people ... it came naturally to ask them what they were missing the most, what would they want," Costa said.

"Exactly as an Italian boy would ask for a football, to play some football, they say they are missing cricket."

Costa and his team drove to Bosnia after collecting donations from the U.K., Indian and Pakistani embassies in Rome and those countries' communities in Italy, Costa said. Along with Sarajevo, gear was delivered to the central Bosnian town of Tuzla.

"Our next step with the cricket will be going back to Italy, going back to Europe, and saying that the migrants were very happy," Costa said.

Among those who waited eagerly for the packages to arrive was Ali Cheema, who said he started playing cricket when he was 7 and used to play for several clubs in his native Pakistan.

Now 24, Cheema has been in Bosnia for two years. As the car carrying the cricket equipment pulled over in Tuzla, he was there to open the bags filled with bats, poles, gloves, jerseys and caps.

"We are going to play a cricket match as soon as possible," he said, explaining that previously "we cut some wood" to make bats.

A day later, Cheema and his friends could be seen practicing on a playground in Tuzla.

"I decided to go from Pakistan to follow my dreams," Cheema said.

"I would like to go to England and continue to play cricket, because I was a cricket player in Pakistan and I didn't get enough opportunity."

Costa said his organization plans to do more to help the young foreigners in Bosnia migrants get engaged in sports and "pass the day with the things that they like."

"And second of all, our organization thinks that since while they are transiting these countries, every effort has to be done to help them feel welcome and stay in good condition."