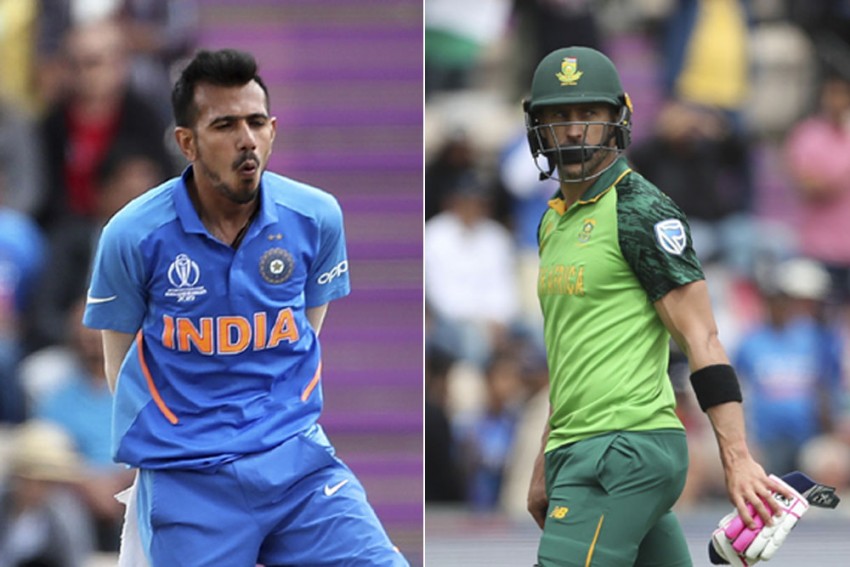 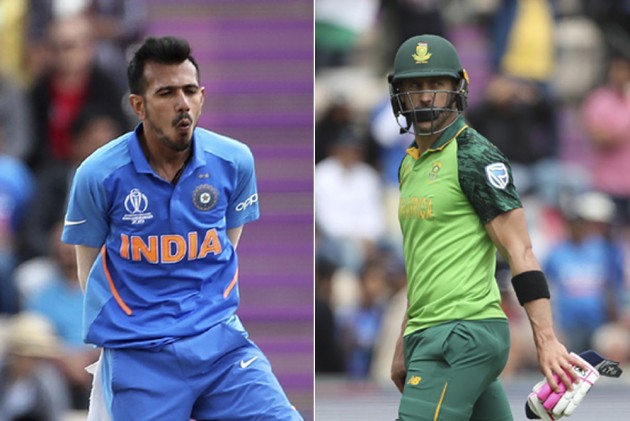 But in the 20th over, wrist-spinner Yuzvendra Chahal produced two gems – clean bowling Van Der Dussen as he reverse-swept with the first ball before dismissing skipper Du Plessis for 38 by sneaking between his bat and pad with the final delivery. (HIGHLIGHTS OF INDIA Vs SOUTH AFRICA | SCORECARD)

Those dismissals, as well two later in the innings to leave the 28-year-old with final figures of 4/51, set India up to restrict the Proteas to 227/9 from 50 overs – a total they chased down with 15 balls remaining and six wickets to spare.

Having only made his ODI debut in June 2016, this was Chahal first ICC Men’s Cricket World Cup match and he relished the occasion.

“It’s a great feeling because it’s my first match in the competition and it’s a World Cup,” said Chahal. “I was very happy with my performance.

Also Read: Why ICC Is Upset With Dhoni's Wicket-Keeping Gloves?

“I think the Faf [du Plessis] wicket was the key moment in my bowling. I had planned that and the ball was drifting so I thought ‘OK, that’s where I have to pitch it’.

“I bowled it and Faf is obviously a very good player who scores a lot of runs and is one of their main batsmen, so after that we realised we were on top.”

With the round-robin format at the 2019 World Cup, getting off to a good start so you’re not playing catch-up is pivotal.

India have done that and next face a clash against five-time champions Australia at the Oval in London on Sunday.

The pair are familiar with each other, having contested a five-match ODI series in March, while India played one of their World Cup warm-up matches at the Oval – leaving Chahal excited for the challenge ahead.

“We won the first match and there are lots of positives,” added the spinner. “We’ve already played at the Oval, so we know a little bit about how the conditions will be and how the crowd is there. We are very excited to go there.

“We’ve played so many matches against Australia – over in Australia and back in India – but this is a World Cup, so it’s a different pressure completely.

“They’ve played us so many times that they know how we like to bowl and what shots we like to play but we will plan according to what we can control.”