Apart from the two wrist spinners, the pace trio of Jasprit Bumrah, Mohammed Shami and Bhuvneshwar Kumar makes it probably India's best ever attack going into a Cricket World Cup 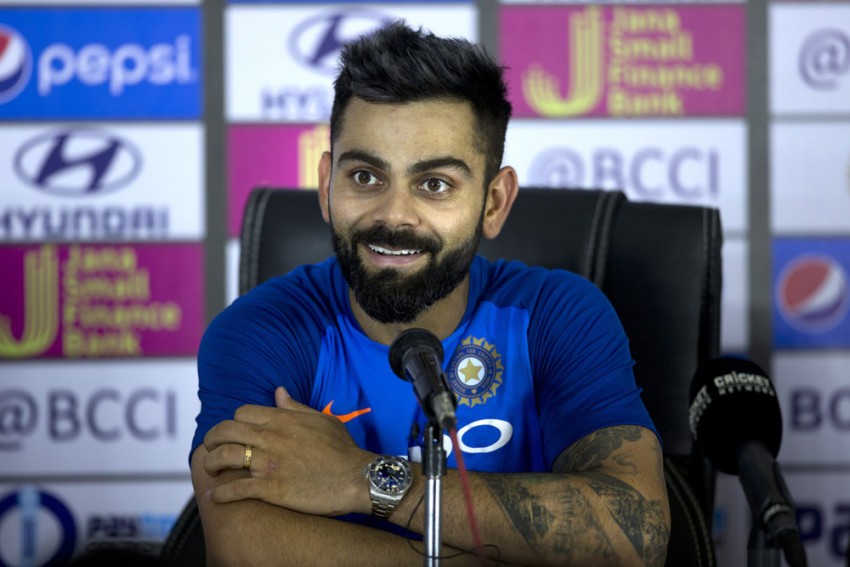 Virat Kohli is leading an Indian team which at present is believed to have the world's best bowling attack
File Photo
May 21, 2019 00:00 IST Cricket World Cup 2019: Virat Kohli Reveals The Pillars Of Indian Attack 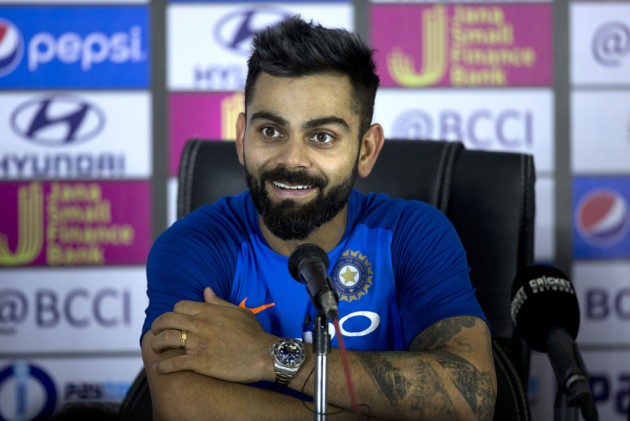 Not overtly worried about Kuldeep Yadav's lack of form during the Indian Premier League (IPL), skipper Virat Kohli on Tuesday said the chinaman bowler and Yuzvendra Chahal are "pillars" of India's bowling attack, going into the Cricket World Cup 2019.

Kuldeep was dropped from the Kolkata Knight Riders team during last month's Indian Premier League (IPL) because of poor form but Kohli felt it was a good reality check for the 24-year-old.

"In hindsight, if you look at it, someone like Kuldeep who has had so much success, it is important to see a period where things don't go your way. We are glad that it happened in the IPL rather than during the World Cup," Kohli said, firmly backing the spinner.

"So he had time to reflect and correct things and come into World Cup even stronger. We know the kind of skill set he possesses alongside (Yuzvendra) Chahal. They are two pillars of our bowling line up," Kohli said at the World Cup pre-departure press conference in Mumbai.

Since Yadav and Chahal's arrival on the international arena in 2017, the two wrist-spinners have made a tremendous contribution to the Indian team in limited overs cricket.

Apart from the two wrist spinners, the pace trio of Jasprit Bumrah, Mohammed Shami and Bhuvneshwar Kumar makes it probably India's best ever attack going into a World Cup.

Yadav and Chahal were well-handled by Australia when they toured India but in the English conditions in summer, the wrist spinners may have to play a lead role.

Kohli also did not seem worried about all-rounder Kedar Jadhav, who too missed the latter half of IPL after hurting his shoulder.

"Kedar also, we understand the kind of pitches they got playing at home. We are not worried about him. He was looking in good space. Yes he did not get runs but Twenty20 is such a format in which you don't get runs and it can go on like that for a few games."