Mashrafe Mortaza's Bangladesh were beaten by New Zealand in a thriller at The Oval. The Tigers made 244 and, despite bowling well, lost by two wickets against the Kiwis in a Cricket World Cup 2019 match on Wednesday. 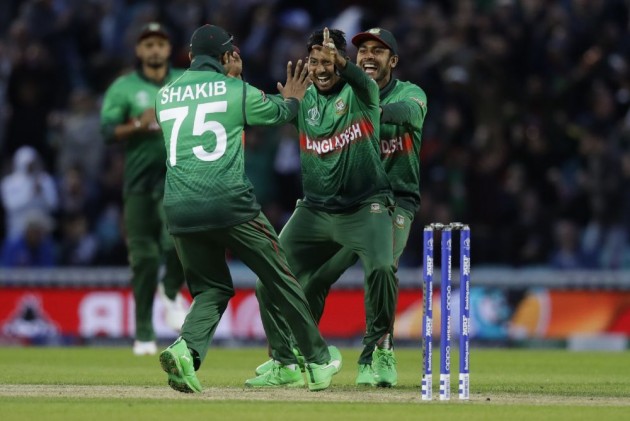 Bangladesh were 20 to 30 runs shy of what they needed according to captain Mashrafe Mortaza after a narrow two-wicket loss to New Zealand at The Oval. (BAN vs NZ HIGHLIGHTS | SCORECARD | FULL SCHEDULE)

Following an opening victory against South Africa in the ICC Men’s Cricket World Cup, the Bangladeshis came into their second game with increased expectations, but paid the price for losing wickets at regular intervals as they were bowled out for 244 in the final over of the first innings.

Ross Taylor (82) and Kane Williamson (40) put on 105 in reply and despite the spinners combining to take six wickets, the Black Caps held their nerve to see out a second successive win.

ALSO READ: South Africa Can Have No Complaints About Defeat Vs India: Kallis

And Mashrafe highlighted the batting, where five players were out in the 20s, as the reason for the defeat.

He said: “On this wicket it will be difficult (to defend less than 250) for sure.

“The spin played a big part but on this wicket it’s difficult for any teams. If you can’t get early wickets especially.

“We were very close, a few runs short but very close. If you don’t score big, you have to take all your chances.

“If we could have managed to score 20 to 30 runs more than we did it would have been different.”

It was a game of missed opportunities for Bangladesh, with three near run outs that could have changed the course of the game.

The most notable was a reprieve for Williamson when he had made just eight. Taylor had called him through for a run that was not on, with Tamim Iqbal quickly onto the ball and firing to the striker’s end.

The New Zealand skipper was well short but Mushfiqur Rahim dislodged the bails with his arm before the ball had arrived.

However, Mashrafe was quick to defend his wicket-keeper for the error.

He said: “Mushi, I don't think we need to go after him, because it could happen to anybody because he was also trying hard to get him.

“That throw was straight, and then as a keeper, it's very difficult to tell if it was straight or not. He wants to pick the ball and suddenly it hits his elbow, I guess.

“Those sort of mistakes always happen in the ground. So I don't think we should go after him.”

Bangladesh now head into a clash with England having won one and lost one, like the tournament hosts.

And while Mashrafe admits it will be a big ask to win in Cardiff, he feels there are positives to take from this narrow loss.

He said: “I think England are one of the biggest sides in the tournament. It won’t be easy.

“If we can play our best possible cricket, you never know.

“I don’t think we played badly today which is a positive. Defending 244, everyone knows on this wicket at The Oval is not easy. We were very close.

“The batting side, we started partnerships but couldn’t kick on. If we can get that right in the next match, it will be a good match.”