After Australia's win over Pakistan in the Cricket World Cup 2019, David Warner gifted his Man-of-The-Match award to a young fan. 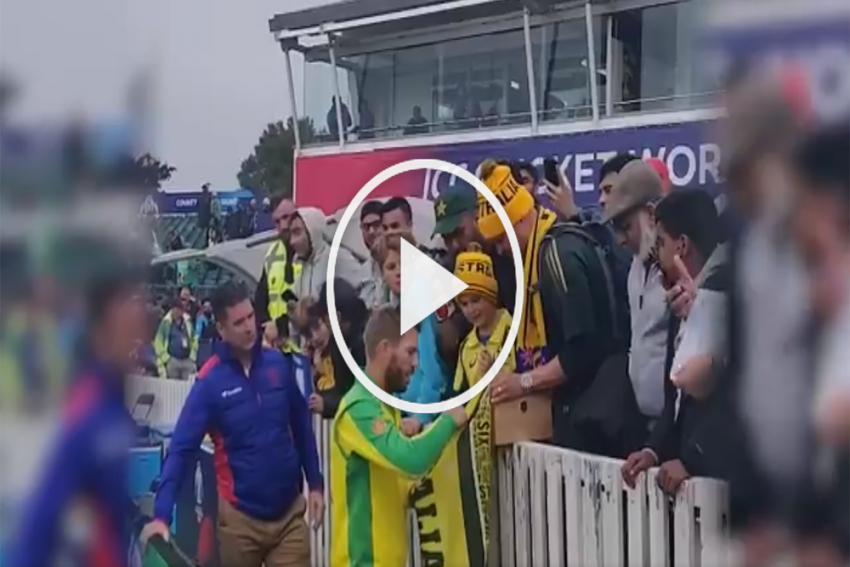 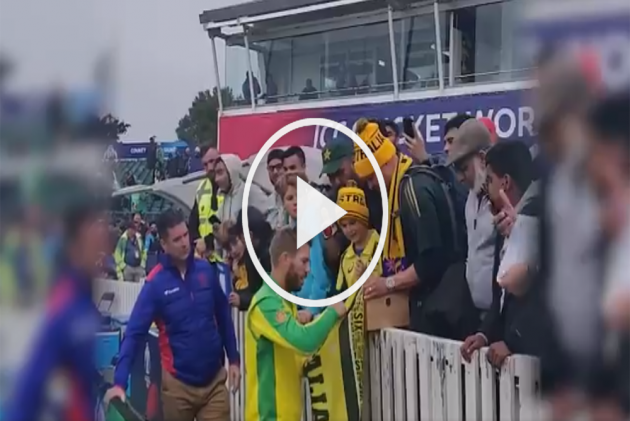 Australian batsman David Warner has been in the headlines lately for all the good reasons; be it his excellent knock against Pakistan, or about his resurgent form. The swashbuckling batsman led Australia to a Cricket World Cup 2019 win over Pakistan, at Taunton. He also registered 15th ODI century in marauding fashion! What really stood out was after the match, when he gave his Man-of-The-Match award to a young fan.

The tournament's official Twitter handle tweeted with footage of the incident, "David Warner made this young Australia fan's day by giving him his Player of the Match award after the game. Wonderful gesture. #SpiritOfCricket #CWC19".

The Aussie fan was taken aback by joy and happiness, as it is not everyday that a legend like Warner comes up to you, and gifts his MOTM award!

The kid said, "We were just waving the flag and he just came over and gave it to us."

On being asked if he is a Warner fan, he quipped, "yes, I really like him and I am happy with Australia's win!"

On a lighter note, it is still understandable, as most probably the batsman's trophy cabinet must be filled with awards. So, why not surprise a fan!

Australia edged past Pakistan in their fixture, with Mohammad Amir being the standout player for the defeated side.

Now the Baggy Greens have won three matches and lost one (which was against Virat Kohli's India). The victories were against Afghanistan, West Indies and Pakistan. The Invincibles are currently second in the standings, behind New Zealand. Up next, they face Sri Lanka on June 15.