The decision to knock Virat Kohli out as ODI captain could have been done more professionally. Legends like Kohli need respect and better communication from BCCI, especially when the president is a former captain.

It may seem as if Virat Kohli's world is falling apart but if splitting the captaincy of the Indian cricket team is seen in the right perspective, it has perhaps been taken keeping workload management during pandemic times in mind. (More Cricket News)

Several stories are doing the rounds that Virat Kohli was simply 'sacked' as ODI skipper. Reports are saying that Kohli was given enough indication that leading in white-ball cricket was no longer his prerogative, but he refused to read it.

On Wednesday evening, the manner in which BCCI announced Rohit Sharma will take over as ODI captain from the upcoming tour of South Africa was rather disdainful.

A terse one-liner at the end of a media release saying, "the All-India Senior Selection Committee also decided to name Mr Rohit Sharma as the Captain of the ODI and T20I teams going forward," made for a bigger story than the composition of the Test squad for the South Africa series.

This change in captaincy announcement could have been more professionally handled and carefully/respectfully worded. No matter what politics goes on inside the dressing room or in the corridors of power, a media release can be better produced since it tells a thousand words. And more importantly, when it involves two legends of the game.

Transparency has always been an issue with BCCI. But Wednesday's media release clearly reflected disharmony, exactly what a press release should not reveal.

It seems, the world's richest cricket association really doesn't care what people think. Riches have blinded the bigwigs to such an extent that they don't believe in proper communication methods anymore.

Interestingly, for some years now, BCCI has had a top PR agency to handle its corporate communication. This Mumbai-based all-India company recently did a survey on BCCI's media relationship. Its results will perhaps never be known.

Two big questions did the rounds on Wednesday evening. First, what could have happened that the helicopter carrying Bipin Rawat, the Chief the Defence Staff of the Indian Armed Forces, crashed on a short flight through the Nilgiris? And second, why has Kohli been removed as ODI captain?

Naturally, the media started speculating with their 'sources' suggesting a hundred reasons why Kohli was knocked out.

Earlier, there would be a press conference with the chief selector whenever the Indian team was named. Krishnamachari Srikkanth, MSK Prasad, Sandeep Patil, Syed Kirmani, Chandu Borde, et al have all addressed the media after selecting Indian teams over the years. This has stopped for quite sometime now.

In pandemic times, all media interactions happen over zoom calls. Selected questions are taken and answers given. Couldn't the BCCI have done the same thing with the chief selector (Chetan Sharma) when they were taking such a major decision on captaincy? Perhaps it wasn't important!

It's the media's job to ask questions. It is the administration's job to answer them. BCCI has been rather opaque in this regard. Giving injury updates on the day of a match, no clarity on the two new teams in the IPL and a general tendency to keep everything under wraps is a strategy the BCCI has been practicing for long.

Kohli had relinquished T20 captaincy at the end of the T20 World Cup 2021 in UAE where India did not progress beyond the group stage after losing to Pakistan and New Zealand. Given Rohit Sharma's IPL record as captain, the Mumbai Indians man was a natural successor.

But could Kohli have led both in ODIs and Tests like Mithali Raj does with the Indian women's team?

Kohli, despite being one of the world's leading batsmen and successful captains, has never won a ICC Trophy. Therefore, if he wants to fulfill a dream to lead India in 2023 World Cup (50-over) at home is not unjustified.

It is expected that a batsman like Kohli, technically gifted, gutsy, with a clinical and secular mind, will tide over poor form and return to his Bradmanesque ways.

The 50-over format gives a top-order batsman enough time and space to build an innings. It remains to be seen if Kohli, the batsman, can mentally overcome the fact he is no more the captain, a position he probably did not want to sacrifice just yet.

This is an interesting phase in Indian cricket. The decision to go for split captaincy certainly has its benefits. Rohit Sharma's competence as a batsman can never be questioned. He has a young and explosive side to lead and South Africa will be his first big test. Plus, Rohit (34) is not getting younger and he is prone to injuries. So this is his best time to captain India, full time in limited overs cricket. 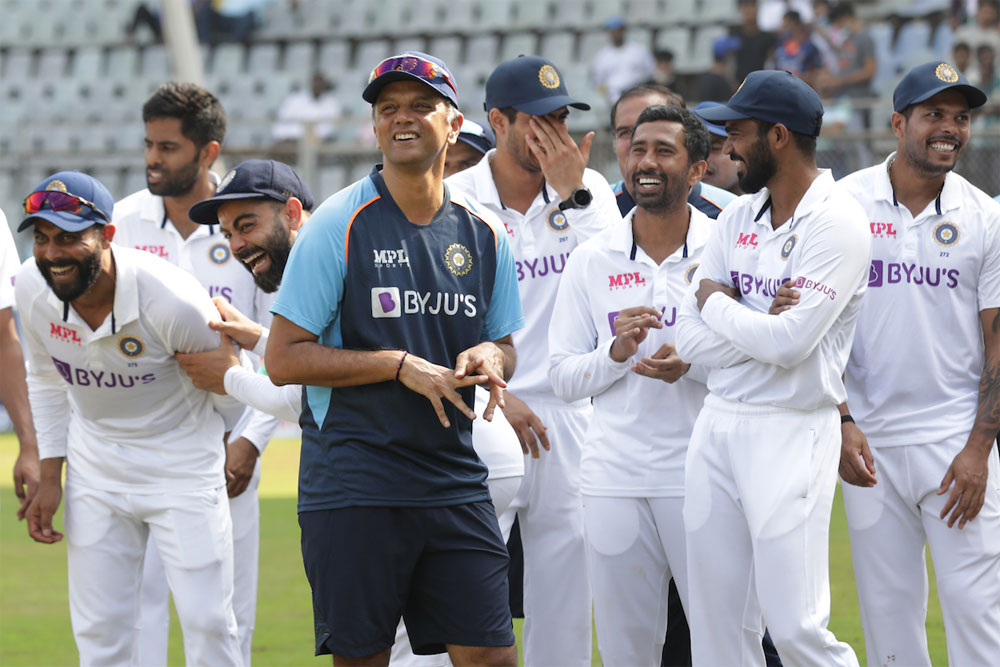 With the 'Fab Three' Sourav Ganguly, Rahul Dravid and VVS Laxman in control of India's cricket management, some tough decisions are already been taken. More importantly, injuries will be better handled and any player with the slightest of niggles, will be rested.

This policy is already evident. Hardik Pandya, the blue-eyed man during Kohli-Ravi Shastri times, has been told to get fully fit first. With enough bench strength, no player can take his place for granted any more. Dravid has insisted on transparency and an equal opportunity atmosphere. Ganguly and Laxman will back him for sure.

As for Kohli, he will still be Test captain. He will lead in the purest form of the game and that's what he loves to do. Kohli needs to get a bit 'selfish' too. There is a milestone to be achieved and he still has 30 international centuries to make to equal Sachin Tendulkar.

Kohli is 33 and given his fitness level, he should play another five years of top class cricket. That's six centuries per year. He hasn't scored a hundred in over two years. Captaincy can be a thankless job. It's report card is a sum total of many aspects and team politics is one of them. The bat should do the talking for Kohli now. Let Rohit Sharma do his job. Let him feel the heat.