CPL 2019: Mayhem In St Lucia As Jonathan Carter Pulls Off One-Handed Wonder To Stun Darren Sammy At His Own Stadium - WATCH

After leading the Windies to their second World T20 title in 2016 in India, Beausejour Cricket Ground in St Lucia was renamed as the Darren Sammy National Cricket Stadium, but on Friday, the Windies hero was left distraught thanks to a stunning Jonathan Carter catch 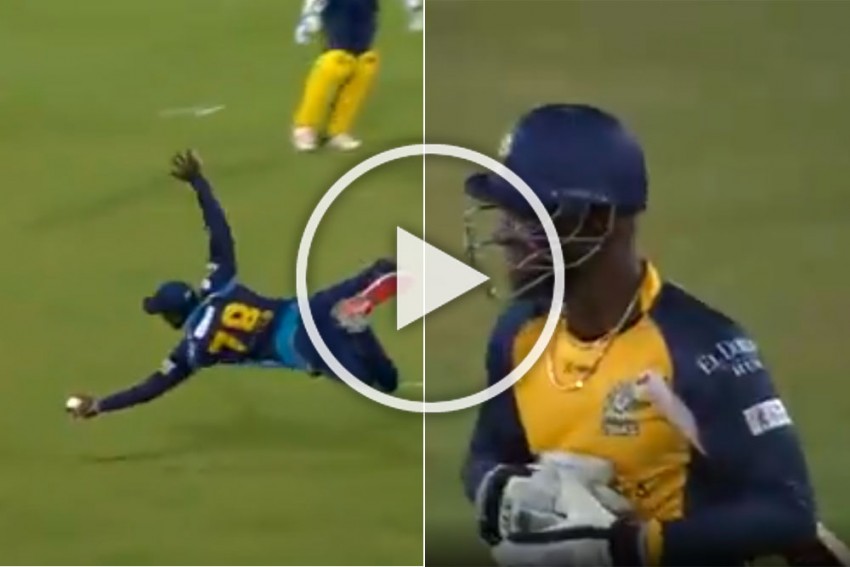 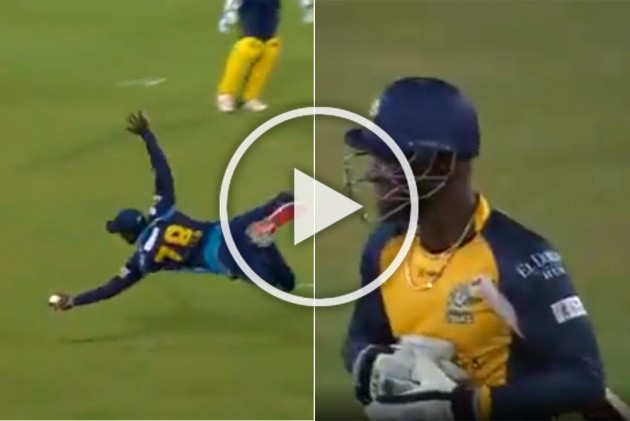 It was a nightmare for West Indies legend Darren Sammy. Playing in the stadium named after him, the former West Indies captain was left stunned after an unheralded cricketer, Jonathan Carter, took a one-handed stunner to send him back during the 17th match, between St Lucia Zouks and Barbados Tridents, of the Caribbean Premier League (CPL) 2019 on Friday. (More Cricket News)

Chasing a target of 173 runs, Sammy was required in the centre as early as the sixth over, at the score of 48/4. But the two-time World T20-winning captain didn't last long, thanks to Carter.

Warming up into his innings, the 35-year-old tried to run down the first delivery of the eighth over, bowled by Raymon Reifer, to third man. But Carter, diving at full length, scooped the ball up in a moment of fielding brilliance to leave Sammy distraught.

Take a bow Jonathan Carter! What a catch! Check out the play of the day from match 17 #CPL19 #Biggestpartyinsport pic.twitter.com/z5zLJP1fvl

Sammy could manage only two runs from eight balls and the Zouks were dismissed for 101 runs with only three batsmen reaching double-figure scores. The hosts lost the match by 71 runs, which is one of the biggest, in terms of runs.

After leading the Windies to their second World T20 title in 2016 in India, Beausejour Cricket Ground was renamed as the Darren Sammy National Cricket Stadium.