COVID-19: Eden Gardens To Be Used As Coronavirus Quarantine Centre For Kolkata Police

Cricket Association of Bengal president Avishek Dalmiya said that E, F, G and H blocks in Eden Gardens will be used to set up quarantine facilities for Kolkata Police 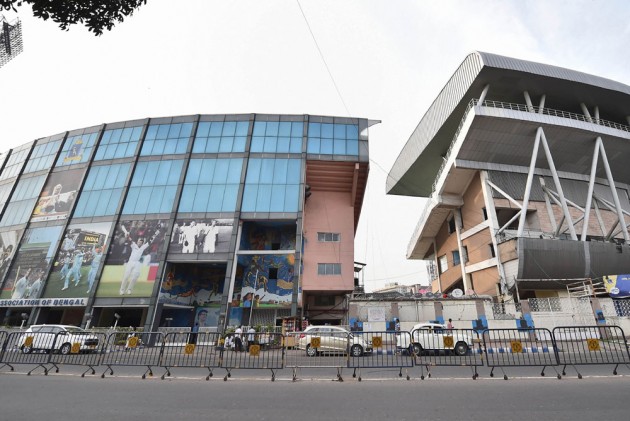 The Cricket Association of Bengal (CAB) has on Saturday announced that the iconic Eden Gardens stadium will be used as a coronavirus quarantine centre to for Kolkata Police.

In a letter addressed to the CAB president, Avishek Dalmiya, Commissioner of Police, Kolkata Jawed Shamim said the force "is in urgent need of a large accommodation for setting up makeshift Quarantine Centre".

The Commissioner also "requested that the space under the gallery of Blocks E, F, G, H & J with provision of kitchen inside Eden Gardens may kindly be provided on temporary basis free of cost."

The association took to Twitter to confirmed the development.

So far 544 Kolkata Police personnel have tested positive for the virus with 411 making a recovery.

It's reported that the decision was taken in an emergency meeting held at Lal Bazaar between Shamim and CAB officials.

Thereafter a joint inspection was undertaken at Eden Gardens. Among the CAB office bearers, Dalmiya and secretary Snehasish Ganguly were present during the inspection.

"It is our duty to help and support the administration in this hour of crisis. The quarantine facility would be used for police personnel who are covid warriors. The under galleries which would be used at E, F, G, H and J Blocks would be properly segregated and secured from the balance areas," Dalmiya said.

Since the administrative functioning majorly happens at Club House, adjacent blocks (B, C, D, K and L) would not be used for it, allowing the CAB to use them for conducting its activities and / or for its administrative work, the statement said.

"The arrangement agreed between Kolkata Police and CAB would ensure that areas used for cricket and administrative Activities remain unaffected," Dalmiya added.

The groundsmen and other staff would be shifted to the dormitories and other safer spaces in B, C, K and L blocks inside the stadium.