There are now 72 players in total quarantining ahead of the Australian Open, leaving the tournament in crisis. 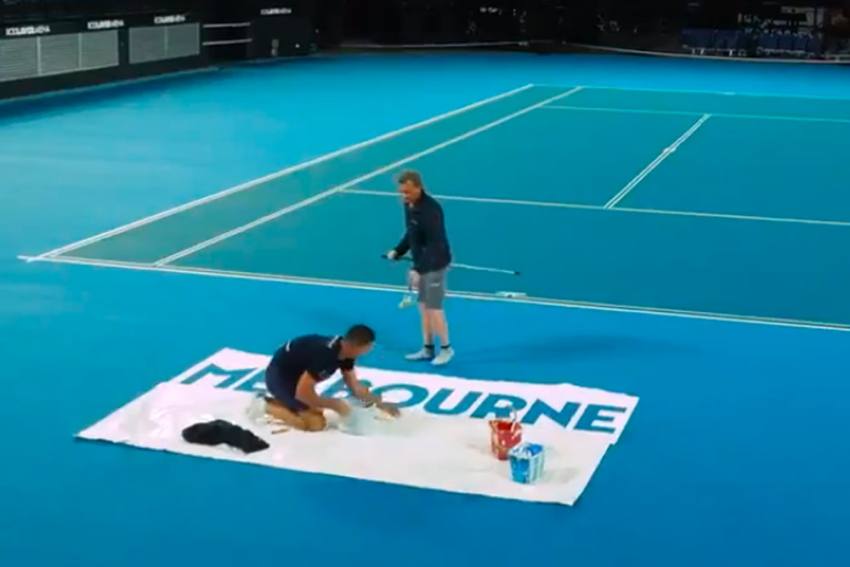 A further 25 players have been forced into hard lockdown for two weeks prior to the Australian Open, tournament organisers have confirmed. (More Sports News)

Tennis' season-opening grand slam was plunged into crisis on Saturday when it was announced 47 players would be consigned to their hotel rooms for 14 days and not eligible to practise.

Officials said the protocols were as a result of two passengers testing positive for coronavirus on a flight from Los Angeles that arrived on Friday morning, along with another passenger who flew in from Abu Dhabi.

That affected 24 players aboard the LA flight and 23 on the plane from Abu Dhabi, while another positive test for a passenger arriving in Melbourne from Doha on Saturday morning has taken the total number of players affected to 72.

A statement from the Australian Open read: "One positive COVID-19 test has been returned from a passenger on a charter flight into Melbourne from Doha which arrived at 5.30am on January 16.

"The passenger is not a member of the playing contingent and had tested negative before the flight.

"There were 58 passengers on the flight, including 25 players. All are already in quarantine hotels.

"The 25 players on the flight will not be able to leave their hotel room for 14 days and until they are medically cleared. They will not be eligible to practise."

About 1,200 players and staff have been arriving in Melbourne on sparsely populated aeroplanes ahead of the delayed Australian Open, which is due to get under way on February 8.

Speaking on Saturday, Tennis Australia CEO Craig Tiley insisted the tournament would be going ahead despite the chaos and the lack of preparation time for many of the playing contingent.

"It's not something we wanted to happen," he told The Today Show. "We were hoping every flight would be okay. We're in this situation, we have to deal with it.

"The Australian Open is going ahead and we'll continue to do the best we can possibly do to ensure those players, who are not in a great position, find it somewhat acceptable.

"We're planning on February 8, we do have that buffer time in there. We're looking forward to welcoming fans to the Australian Open.

"Ticket sales have been going well, we've got two weeks of great tennis and our intention is to continue with those dates."