Argentina topped its group with three wins and one draw, with captain Messi scoring three goals in the four games while setting a record for most Argentina caps. 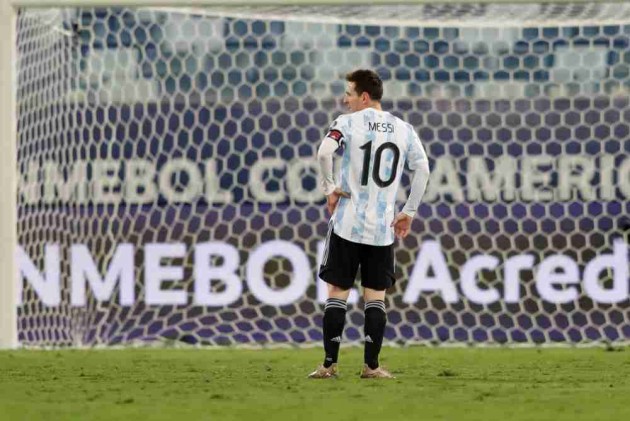 Argentina has Lionel Messi, history and form going for it heading into its Copa America quarterfinal against Ecuador on Saturday. (More Football News)

Ecuador has yet to win a match after three draws and a loss, but Argentina coach Lionel Scaloni has “maximum respect” for the team coached by his countryman Gustavo Alfaro.

“Ecuador is a dynamic, quick team, which could it make it hard for anyone. They have interesting players,” Scaloni said.

Argentina topped its group with three wins and one draw, and Messi in great shape. The captain scored three goals in the four games while setting a record for most Argentina caps.

Messi, not seemingly distracted by the end of his contract with Barcelona, is benefiting from a team that allows him to be near the penalty box instead of getting the ball farther from the goal.

But Scaloni still has decisions to make before the encounter at Olimpico Stadium in Goiania.

The first is whether defender Cristian Romero, who has pains in his left knee, will play. The coach said Romero's replacement could be German Pezzella. There was also a challenge between Nicolas Tagliafico and Marcos Acuña for left back.

Midfielder Leandro Paredes is expected to play, but Guido Rodríguez could still take his place after good performances.

Ecuador lies third in South American World Cup qualifiers after six matches, but has struggled in the Copa America.

“We can't change the past, but we can change the present,” Ecuador midfielder Jhegson Mendez said.

“We don't fear anyone, we are focused on the fact we can make history at Copa America.”

Alfaro has been accused in Argentina of being too defensive but a match like Saturday's — when Ecuador will be a heavy underdog — is to his liking.

“Tradition and experience give advantage to Argentina, but another tournament has begun,” Alfaro said.

“It isn't always that the team looking better wins. In this sort of match, those who get it right win, and those who make mistakes lose.”

The winner will face Colombia or Uruguay in the semifinals. (AP)